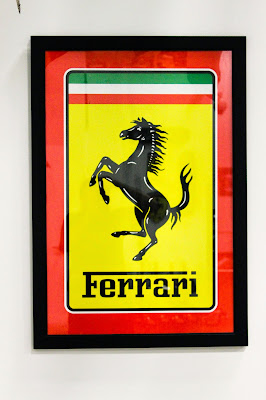 I'm hanging the Ferrari Banner out in hopes that Vettel may be able to pull off a win at Monaco!
Get ready to watch the race at 7:30 AM, May 24th  on NBC.
Here's a taste from last year of what you will see:
You Have To Watch This

More Build Up To Le Mans and Cars & Coffee Connection 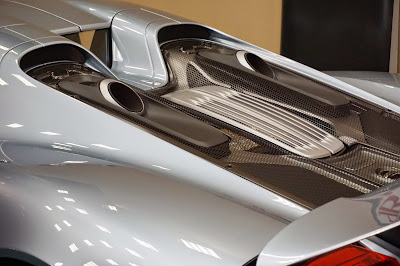 918 Sneak Peak- Yes Those Are The Exhaust Pipes 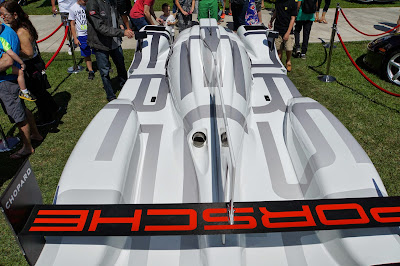 
Today was another picture perfect day at du Pont Registry's Cars & Coffee, St. Petersburg, FL.   We had a special guest grace the showroom and it was a nice surprise for Porsche fans-  a Porsche 918!  The video shows the related racing version, the 919.
So far this year Tampa Bay area car enthusiasts have been able to see a Porsche 919 that appeared at Festivals of Speed in downtown St. Petersburg (as seen in my previous blog posts) and now a 918  shows up at Cars & Coffee.  This is the one you can buy if you have a million dollar bank account.   You don't have to travel the world to see some of the finest road going machines on the planet - you live in St. Petersburg, Florida!

After returning home from the show I pulled up my emails linked to the Porsche marketing department and found a sensory experience created by an ad for the new Porsche 911 GT3 and a review of the WEC series.  This rather well done video is linked below for your viewing.  After seeing the videos, check out my gallery from the May 16th Cars & Coffee.  I especially liked the Skittles colored Lambos that were lined up in a row.  Now that is car candy!


Click below for the videos titled :  The new Porsche 911 GT3 R and Four Podiums 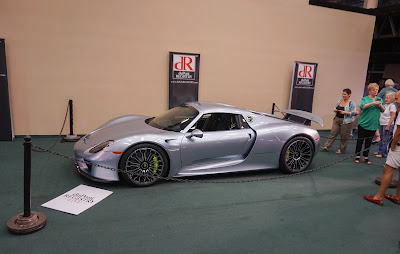 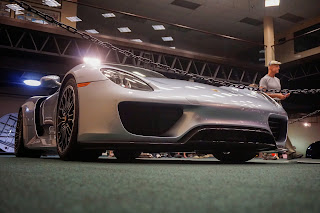 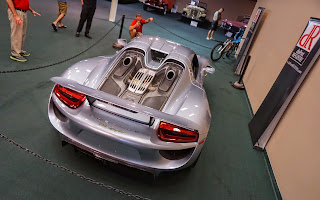 Flag  At Half Staff
And here's some examples of car candy for you: 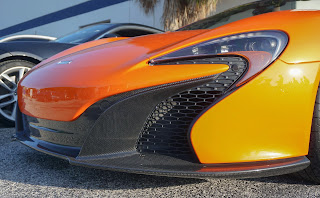 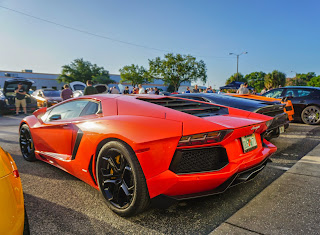 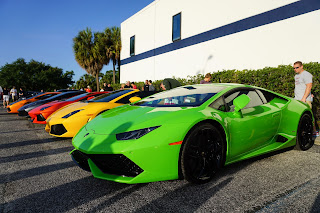 What Flavor Do You Want?
Love That Cars & Coffee!

Posted by carcamerastory.com at 7:09 PM No comments: