What Do All These Cars Have In Common? Why?

A car is not just a car and here's why.  As a member of Tampa Bay Cafe' Racers I'll explain below. 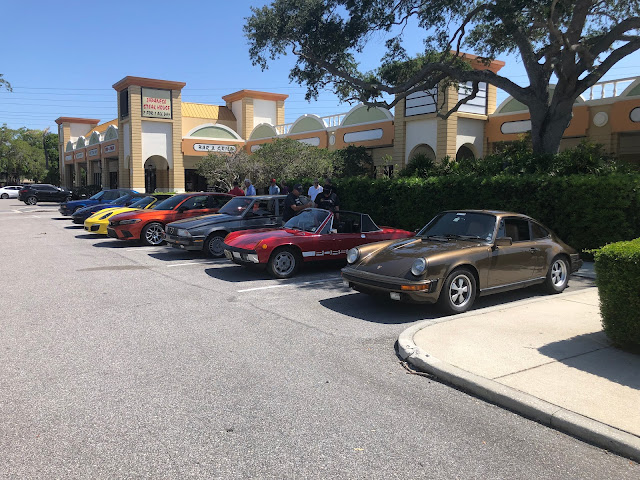 Many different cars with one thing in common. 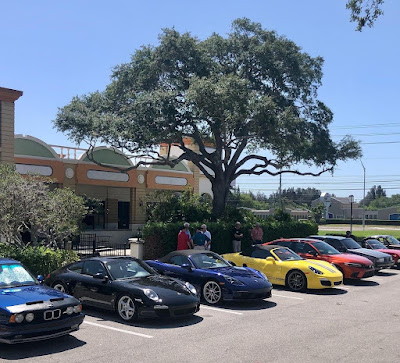 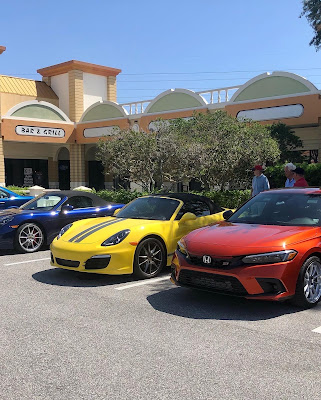 Mid-engine Porsche and a front wheel drive Honda!
Here is a collection of cars that like to be driven. They range from new to old and include Porsche, Honda, Alfa Romeo and BMW.  But what makes them all alike?   They all have a stick shift! You are not likely to see this many manual shift cars in a row anywhere except at a car enthusiast gathering.
This picture was taken on April 19th outside Mugs Sports Bar & Grill in Clearwater, FL as we were ready to grab lunch while talking cars. Our two currently active racers in the group were off racing somewhere in the country in various vintage racing series going on at this time of year.
That does not mean we just sit around. We do drive our cars and because we drive manuals, we rather be driving than sitting around eating lunch. So to prove that, here's a video taken the next day of a couple of us taking a ride on the Ozello Trail outside Crystal River, FL.
This is one of the few winding roads in Florida with a bonus- A wonderful restaurant called Peck's waiting for you at the end with a magnificent water view.  Take a look:
Ozello Trail -57 Turns in 11 Miles      The Tail of The Gecko! 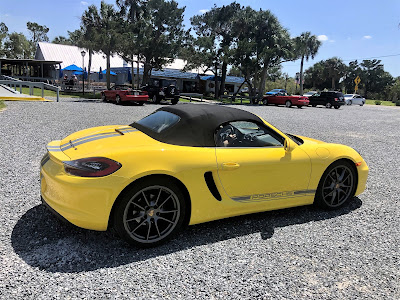 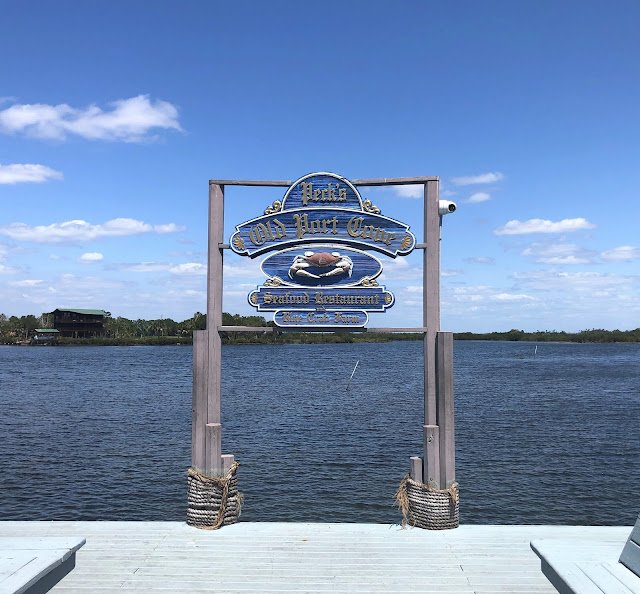 I hope you enjoyed this springtime view of Florida. Stick shift cars and a curvy road. It doesn't get better than that!   I hope you will help save the manuals!  #savethemanuals
Brought to you by Paul Ziegler, Publisher, Carcamerastory.com and author of "Echoes From The Glen"

Posted by carcamerastory.com at 12:28 PM No comments: