The new name and sponsor of this support series for the IMSA sports car racing series is gaining traction.  I found this series to be entertaining and much more interesting with all the new manufacturers entering the Michelin Pilot Challenge.  We can now see Alfa Romeo Giulietta's going wheel to wheel with Honda Civics, Audi RS3's, Aston Martin Vantage GT4's and even Hyundai Velosters!  This is the new wave of entry class racers that fans can relate to. The action is fierce and the racing is exciting.  There are two classes; Grand Sport represented by fast cars including Ford Mustangs, Porsche GT4's, Mercedes AMG-GT4's and Mclarens and Touring Car, known as TCR class with the aforementioned Alfa's, Honda's etc.

I'm bringing you a sample of the sights one will see if they go to one of 10 races this season. The races consist of four hour races at Daytona and Watkins Glen with the remainder two hour races. The first race of the year at Daytona was a four hour nail bitter in the TCR class with the red, #3 Alfa Romeo almost winning until it had engine problems less than 30 minutes from the end. (See picture from Daytona showing how close the racing gets)  The #37 Honda Civic won a second time at Sebring.  In the GT class, the #75 Compass Racing McLaren at Daytona and the second race at Sebring was won by Carbahn Racing's #39 Audi R8.

So to start here's a picture of the 'tire tent' that is mind blowing in itself followed  by some pictures from the Daytona and Sebring races.

Gallery of pictures for you: 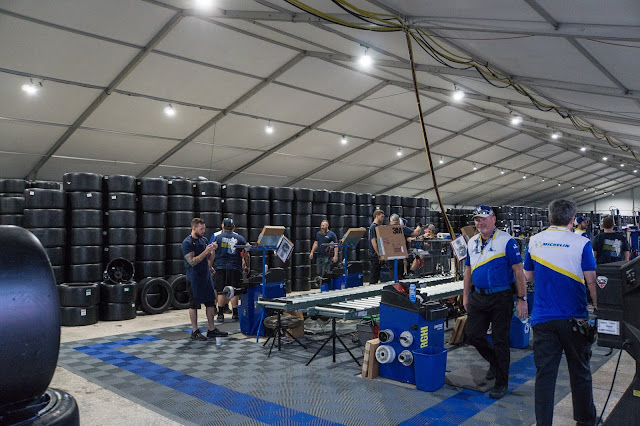 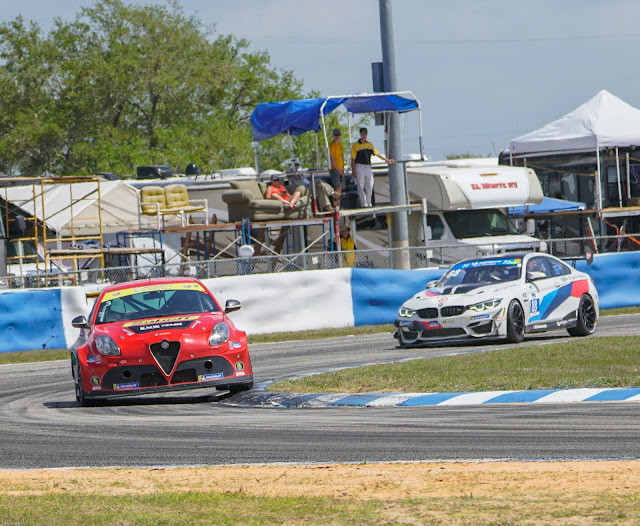 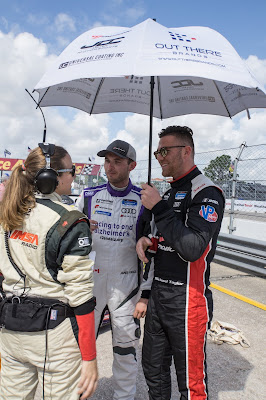 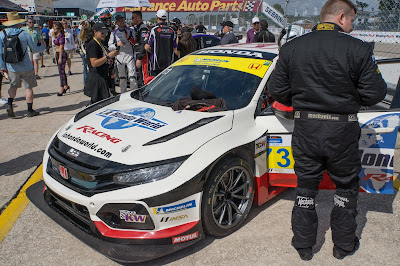 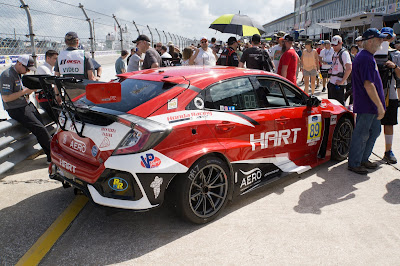 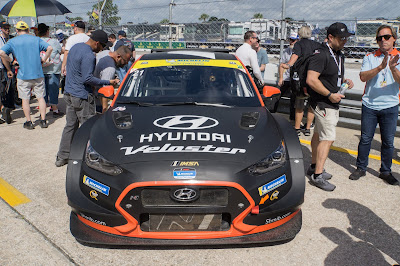 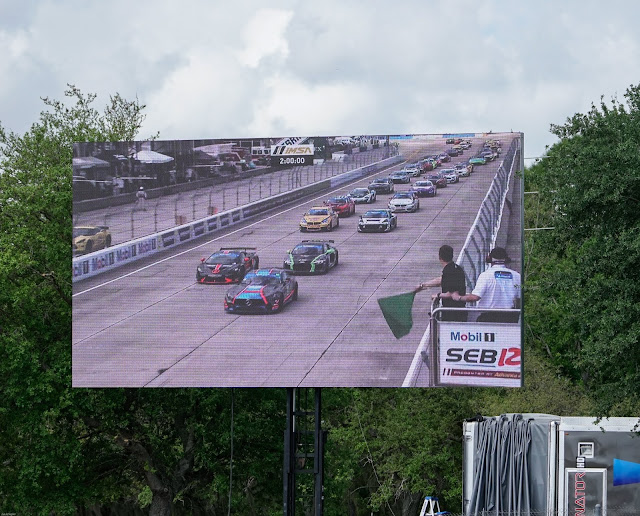 A large field of cars! 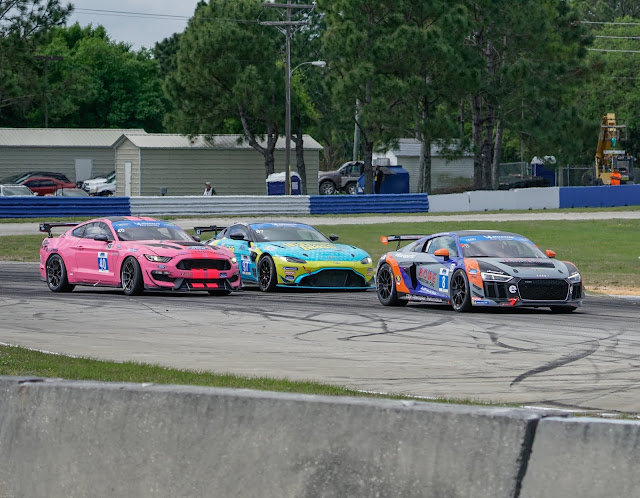 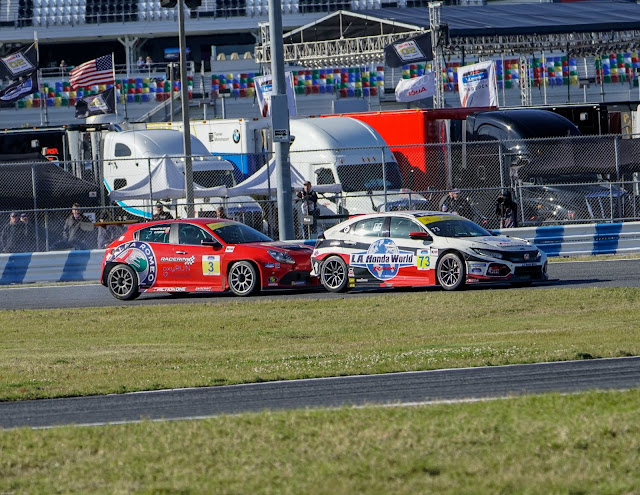 Just how close!   This was at the Daytona Race in January.

Check out a race or two this year - you will not be dissapointed.

Brought to you by Paul Ziegler, Author of "Echoes From The Glen"
Publisher, Carcamerastory.com


Posted by carcamerastory.com at 2:25 AM