This is a most unusual way to start, but this picture says a lot about how the fans feel that come to this iconic race track in the incredibly beautiful Finger Lakes region of New York State. Like the I Love NY logo embedded on the grass on the inside of the 90, this decorated stone was left at the other end of the track by the base of a tree overlooking the boot area. Just left there, no rhyme or reason, other than for someone else to to see and think this is a special place!   Out of all the hundreds of acres, finding this meant something to me as this has been a special place for over 50 years for me. This is where I come to hear the whine and roar of engines reverberating against the forest. There's no way to describe it, so maybe that's what this fan did- make a chalk painting on a stone from the very ground the track is built from! 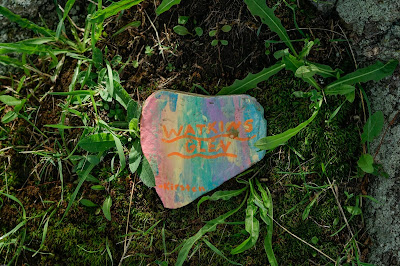 On to the race pictures-  there is so much to cover, I decided to make this a two post pictorial review. The first in this post the Sahlen's Six Hours of the Glen, Lamborghini Super Trofeo, The Porsche Carrera Cup, and the  Michelin Pilot Challenge TCR and Gran Sport race.  And the second post will be dedicated to the Masters historic racing series along with the return of Formula One cars to the Glen.

All in all this is quite a feast of photos for you. 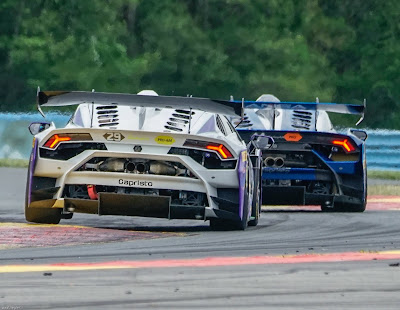 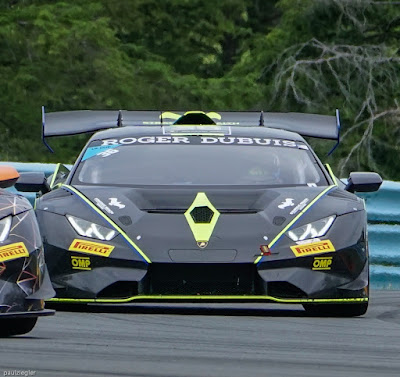 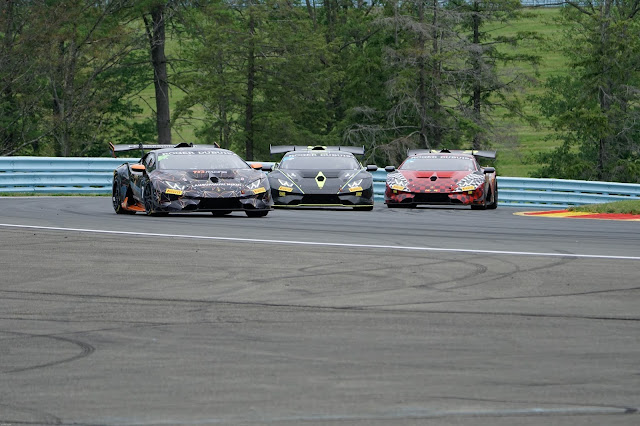 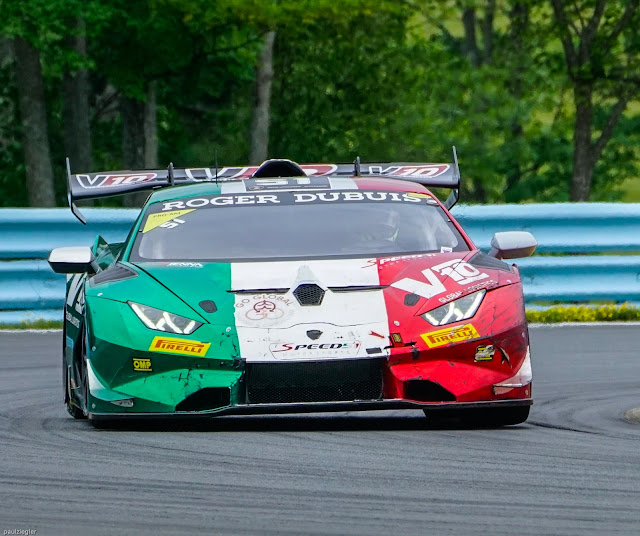 And how about a few Porsches: 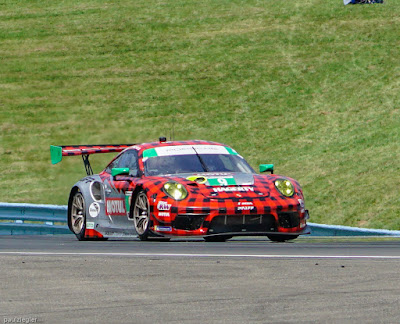 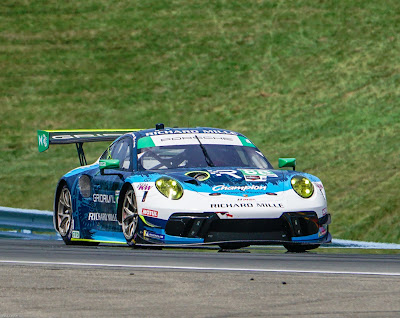 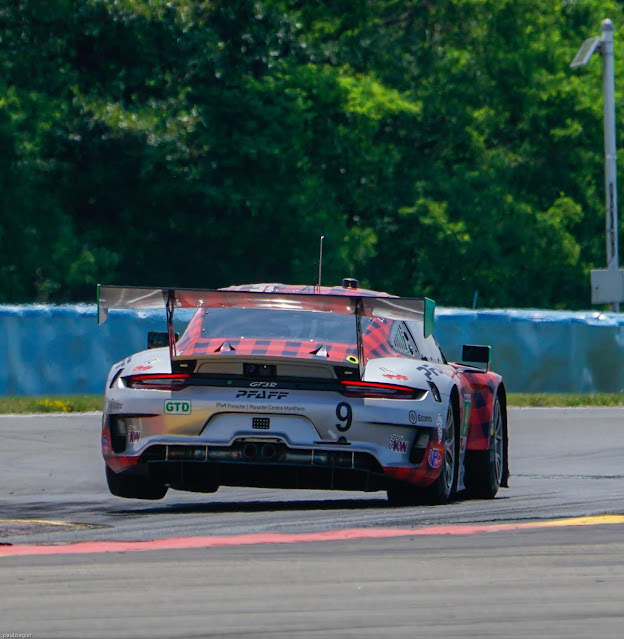 And then, the IMSA cars: 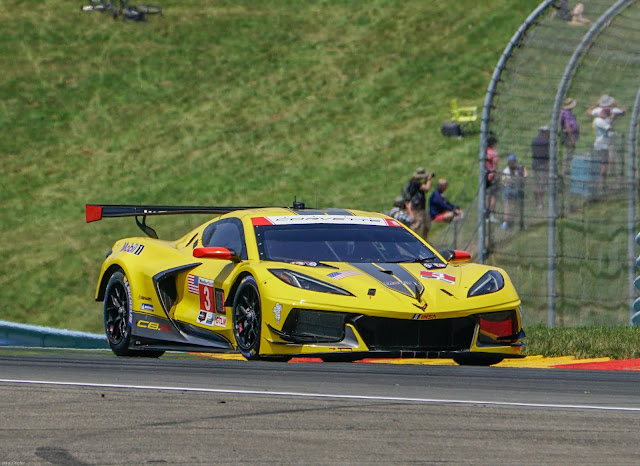 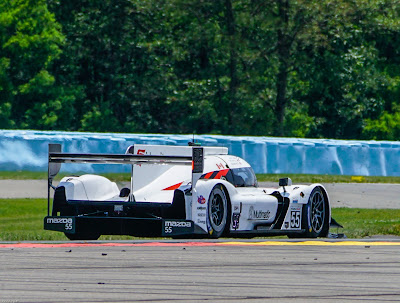 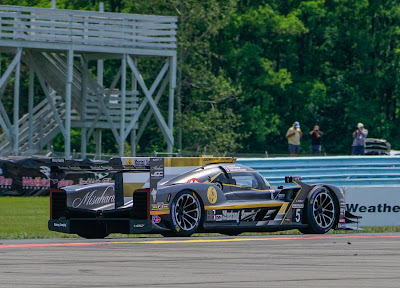 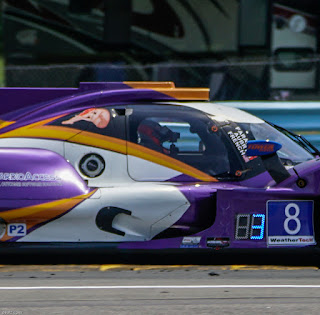 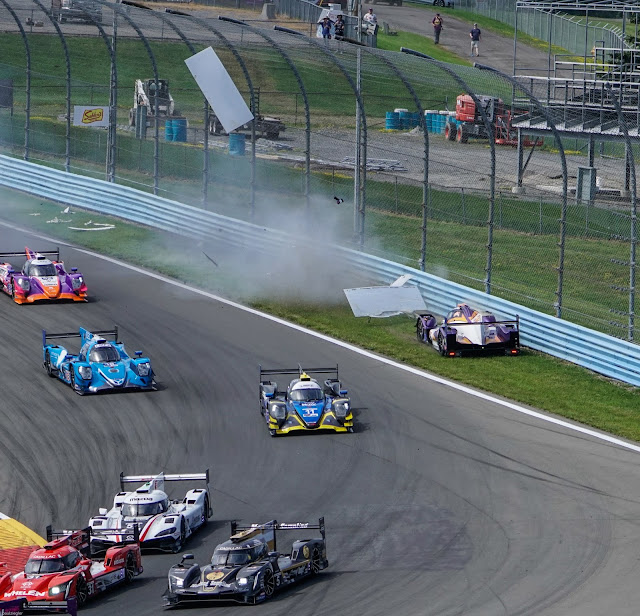 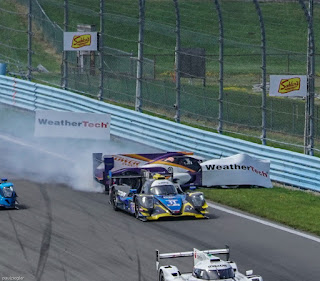 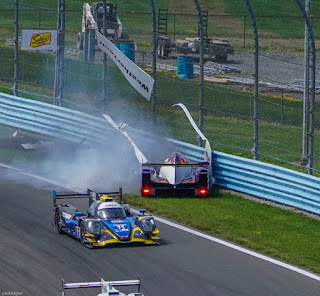 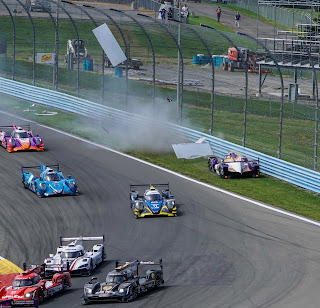 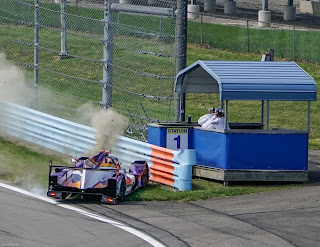 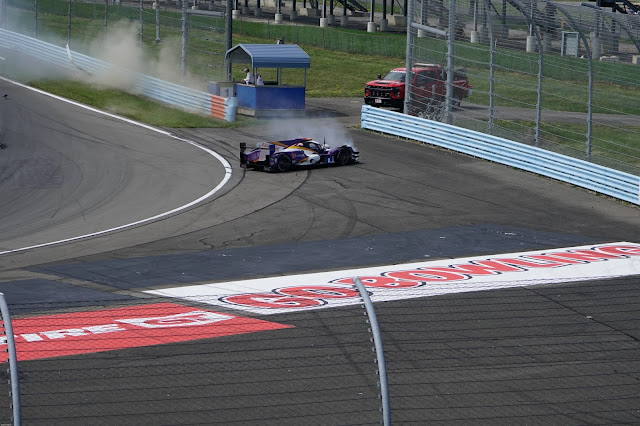 HOW HE DIDN'T CAUSE A HUGE WRECK, I DON'T KNOW.
HE GOT STARTED AND KEPT GOING- NO FULL COURSE YELLOW. 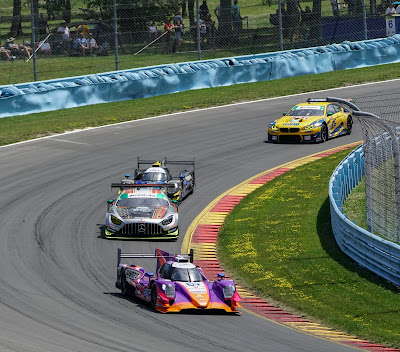 And now the Michelin Pilot Challenge cars including TCR cars: 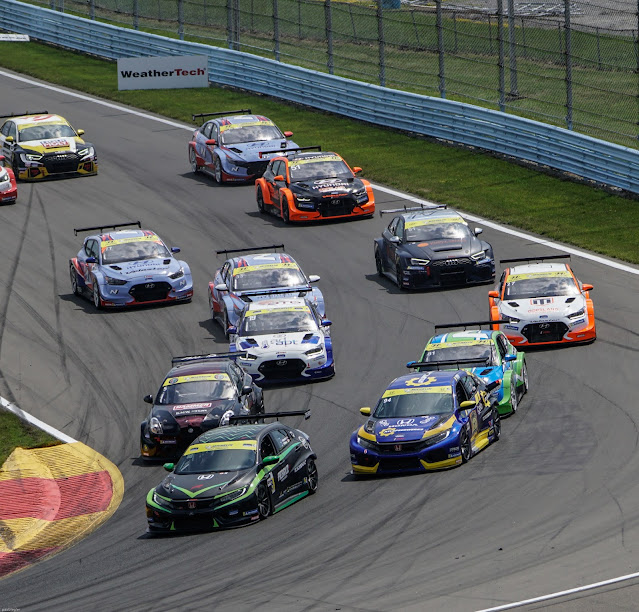 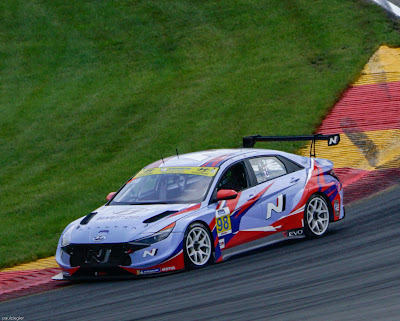 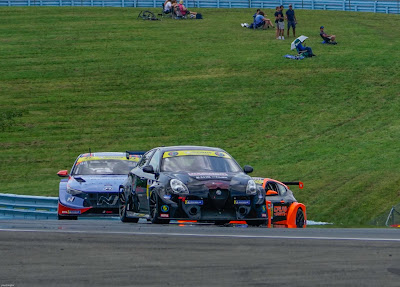 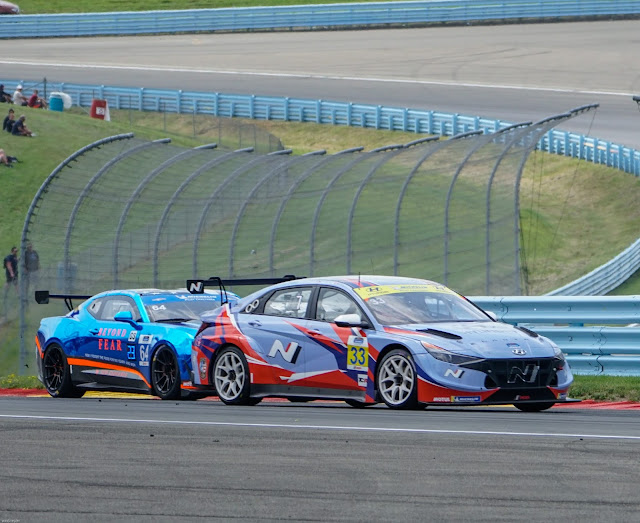 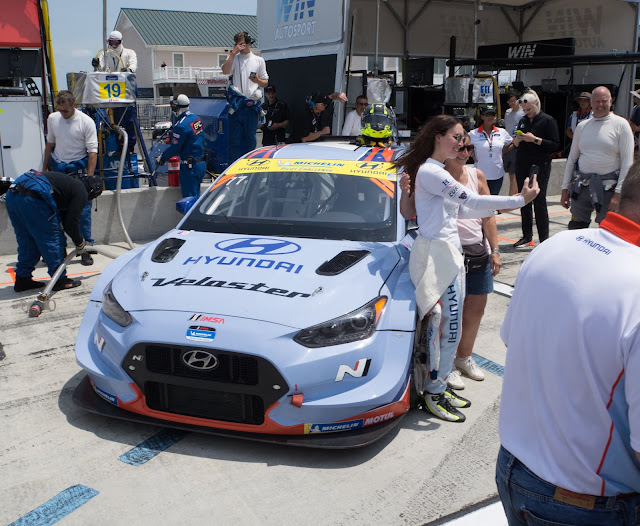 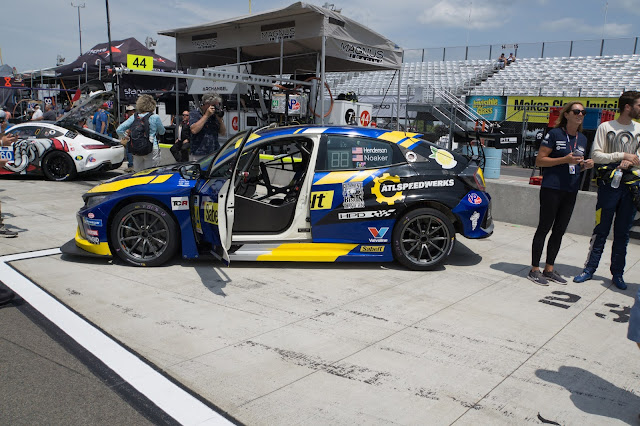 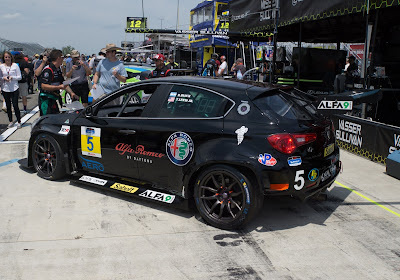 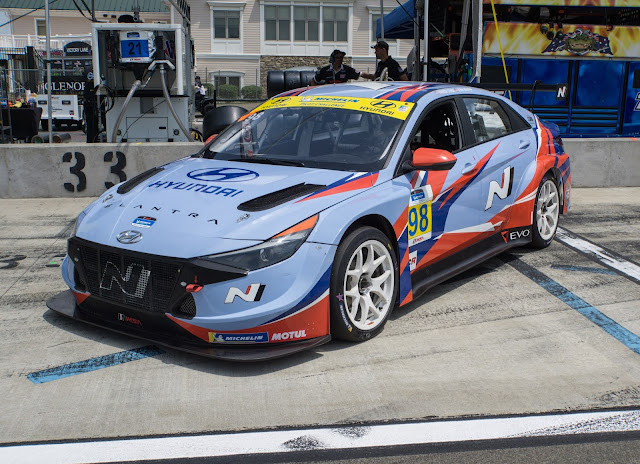 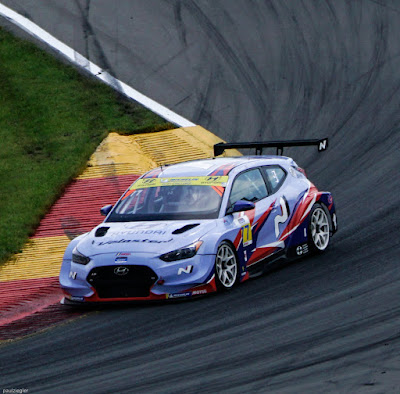 As you can see there was a lot to cover. This is a fraction of the 1600 photos I have. If you want to request any specific car or series, put it in the comments and I'll see what I have.  And you can see Hyundai is on a roll when it comes to the new 'N' cars which now include the Elantra N!

Part two is in the next post covering many more great shots of spectacular cars.

Brought to you by Paul Ziegler, Pulisher and author of "Echoes from The Glen".

Posted by carcamerastory.com at 6:08 PM