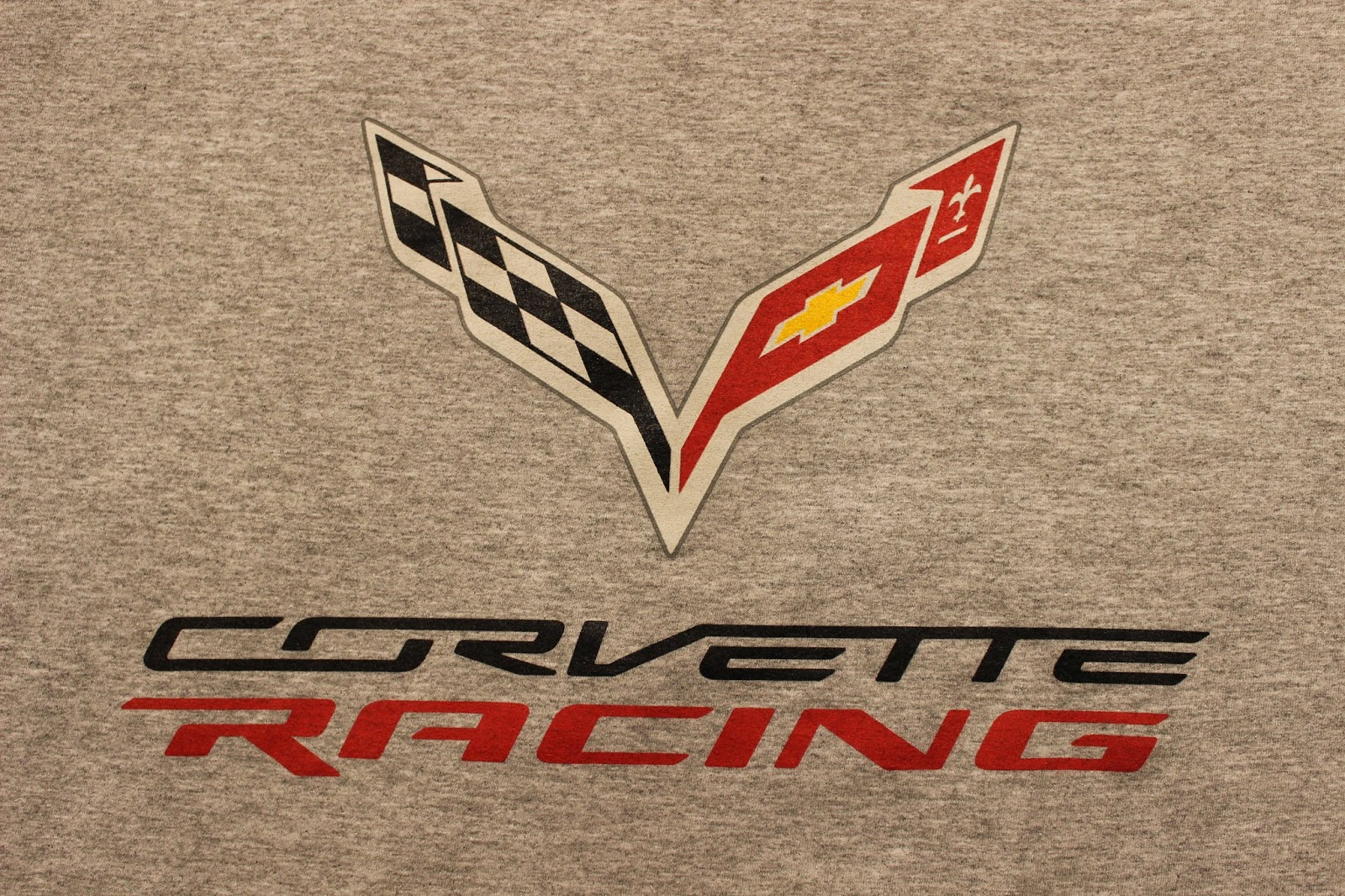 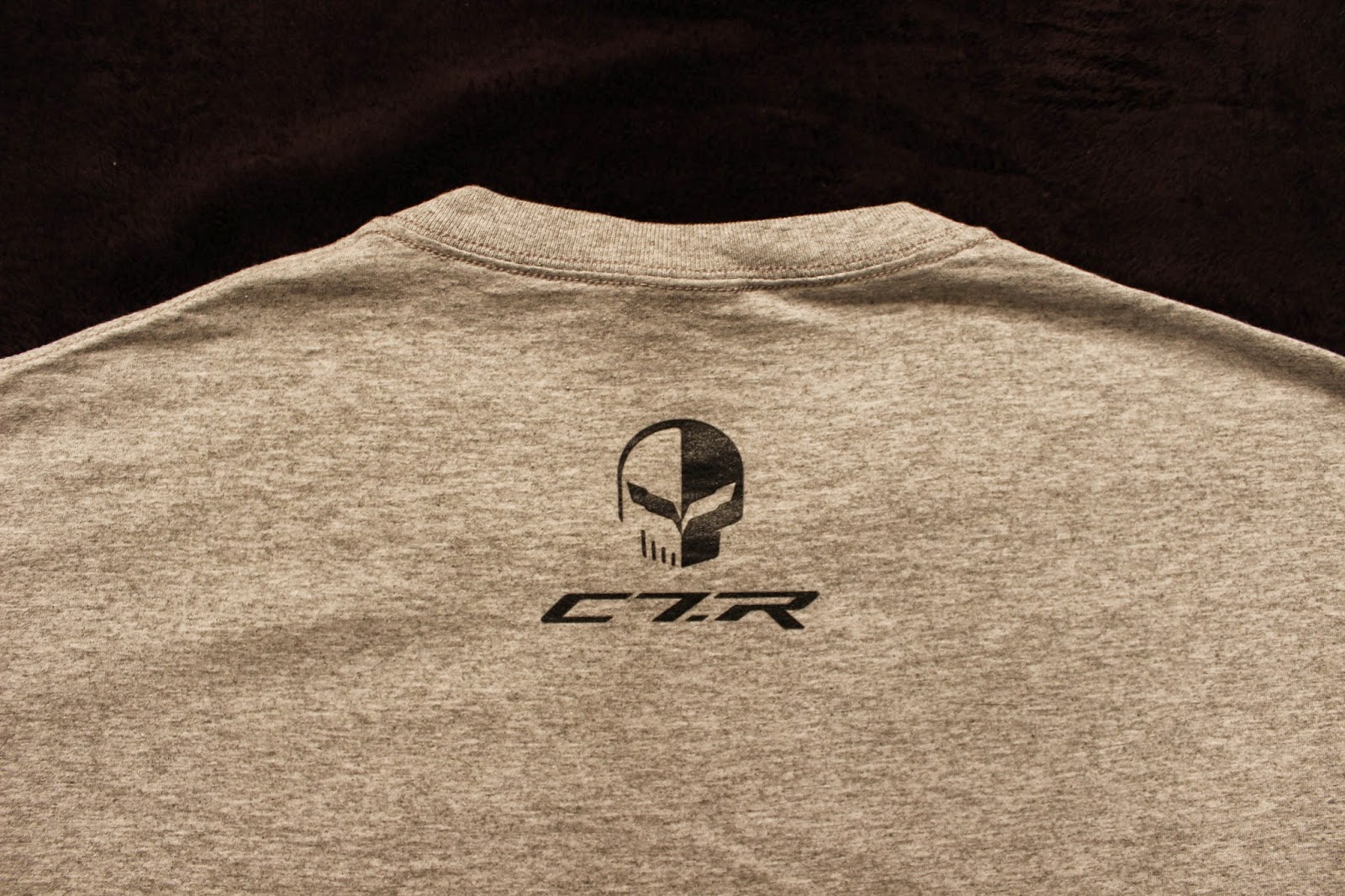 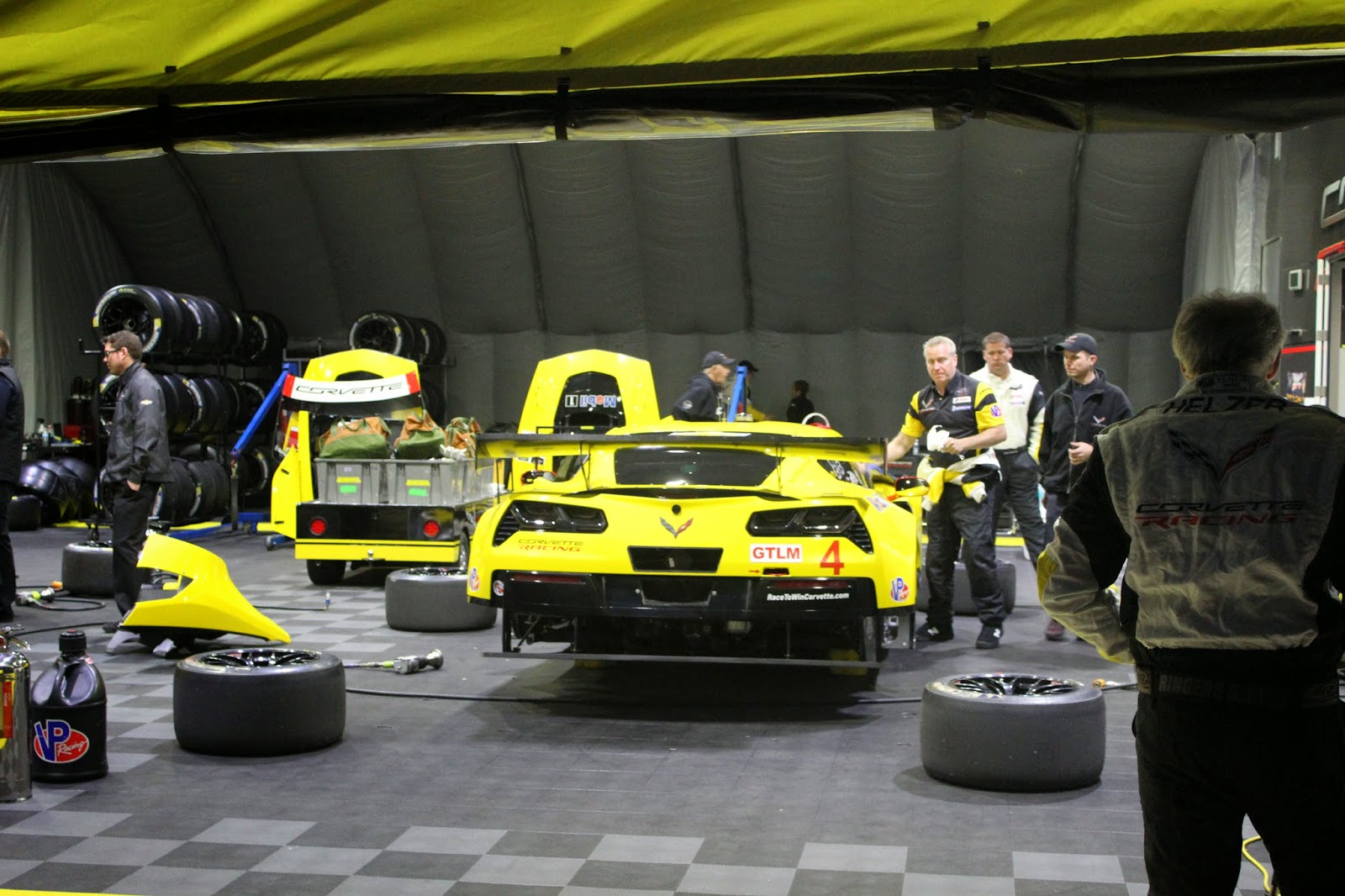 'Black Jack' and 'Wombat' are monikers connected to these two professionals who reached the top level of their sport.   Sir Jack Brabham and Tom Anderson were men from opposite ends of the spectrum when it comes to racing. Jack  figured out how to make cars corner and run like a cat while Tom found a way to make a car go faster than almost anyone in a straight line.   I never knew either personally but I feel a connection to both.  As a teen ager, I read about Jack Brabham  and studied pictures of his cars in magazines. I also went to Watkins Glen many times in the late 60's and early 70's to see him, or cars bearing his name race.  As for Tom, he had moved to my hometown area, Macedon, NY where he was good friends with 'Bubby' , or Bubbs who owns Macedon Auto Parts. I frequently shopped at Macedon Auto Parts for my project cars and often for Contant's gas station and detail shop where I worked.  If you have not read my recent blog about 'Why Men Race", you might want to scroll down a couple of posts and take a look, then read these articles I posted about Sir Jack and Tom.  You will find a common bond- the bond that racing meant so much to them. We will miss them.


And at the other end of the racing spectrum:


Tom Anderson Passes     Drag racer and tuner extraordinaire. In 1982 Tom was the first to reach 5.7 seconds in a funny car.  Partnering with Jim Wemett, Tom had some excellent years in competition as described in this link.


Posted by carcamerastory.com at 6:36 PM No comments:


We were treated to an unusually cool, crisp day for our monthly fix of Cars & Coffee in St. Petersburg, FL . It was a cold ride over the Howard Franklin bridge for those arriving from Tampa with the top down. (I put the top down on my 2000 Boxster after I arrived at 6:30 AM; the guy next to me in the Porsche Speedster didn't and he needed coffee to warm up!)  Perfect weather, beautiful cars and some special women promoting the Corsa America Rally.  Check his out:  www.CorsaAmerica.com 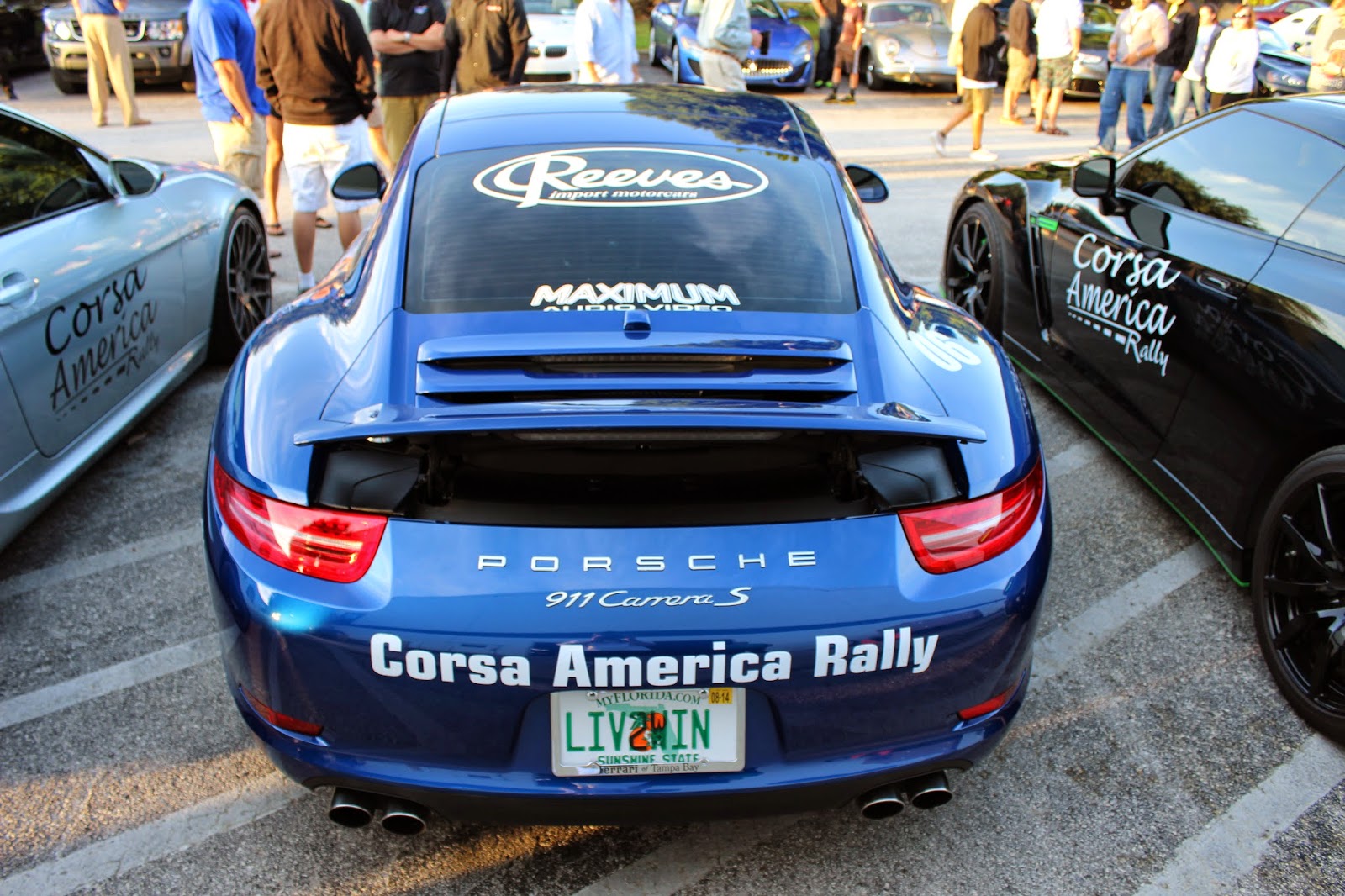 I also met Caitlin from duPont Registry that does Social Media Marketing for them and I invite all of you to check out the following blog:  http://blog.dupontregistry.com/features/pics-of-the-week/top-10-pics-week-may-16-2014/   There are some excellent pictures found there.

www.CarCameraStory News!       The photo book that I am working on highlighting my photos from the 1976 US Grand Prix at Watkins Glen is making progress and the promotional business cards for the book have arrived. To get a flavor of the B&W photos see the recent posts on this blog.  I passed out a few of the cards at Cars & Coffee but if you would like an autographed signed copy of my photo of Niki Lauda on the starting grid please respond to this blog and include your mailing address. This is my gift to you, no charge.  The book will be used as a fund raiser for Vincent House in Pinellas Park, Florida where I serve as a board member. For more information about Vincent House see this link for the heartwarming story about two parents trying to help their daughter:

With the 24 Hours of Le Mans just a few weeks away, a quote from Steve McQueen came to mind today.  "Racing is life - anything before or after is just waiting". For many of you out there you will immediately recognize that quote from the movie LeMans.  For those of you that didn't recognize it, you may want to buy the movie for that one line alone, because it explains the entire movie in the simplest sentence.  The title of this post is a common question, and I say 'Touching The Inner Soul of a Man'  with emphasis on 'a man' because face it guys, we often want to feed our egos with our cars. A man's natural tendency is to be the fastest and the best when driving a car.  This is the motive behind racing, or when we just take a drive in our machines.  For some of us we marvel at fine engineering that works better than the other guys creation while for others we are trying to impress the opposite sex, and still others, we are trying to outdo ourselves with better and better lap times.  Enough deep thinking,  here's an excellent video that is part of my Formula 1 post series this month that demonstrates all  I just wrote extremely well. Take a look at the great drivers over many decades of time in this video and you will see a pattern. Summed up, racing is spiritual, racing is getting inside one's inner psyche and racing comes right out of who we are.   Enjoy this six minute video that will take you to another world...

Posted by carcamerastory.com at 5:51 PM No comments:

We have come a long way since the mid 1970's in Formula 1 technology.  Here's one of my pictures from the 1976 season showing state of the art technology for the time - Six Wheels on the Tyrrells driven by Jody Scheckter and Patrick DePailler.  Note the bell bottom pants and plaid sport coat to boot!  The big news now is we don't have engines, instead we have 'Power Units' that sip fuel compared to the 2013 season.  Watch this video get up to speed on the changes. Rather well done computer animation- see what I mean:

Posted by carcamerastory.com at 5:10 PM No comments:

More posts on Formula 1 are coming this weekend, but here's a great video from Sunday's  IMSA/ Tudor United Sportscar Series that I wanted to get posted for those interested.  This photo is one I took earlier this year at the inaugural race at Daytona.  Watch this heartbreaking finish!   Click AUDI


Enjoy the video from Mazda Raceway and the folks at IMSA.   F-1 post coming this weekend!
Posted by carcamerastory.com at 5:23 PM No comments:

This is the first of a few F-1 posts coming to CarCameraStory.  I always wanted to drive a F-1 car and the closest I got was to see them race was at Watkins Glen, NY in the 1970's.  In  the future I will be sharing some of the pictures I took back then, but for now here's a picture of a Ferrari 2000 driven by Michael Schumacher and a 2000 Jaguar R1.  The Ferrari 2000 was very successful and the Jaguar R-1 not so much.  Michael Schumacher drove to his 3rd World Driver's Championship in the Ferrari  2000 and the 2000 Jaguar R1 was driven by Johnny Herbert; his last season in Formula 1.   This is just an appetizer for future F-1 related posts.

The cars in this photo are what wished I could drive, but can look on my bookshelf and imagine....


Posted by carcamerastory.com at 1:03 PM No comments: