Thanks To World Champion Niki Lauda

This is a quick post to thank Niki Lauda for his kindness in returning autographed photos I took of him in 1976 at the US Grand Prix at Watkins Glen, NY.  It took me 38 years to get around to sending  the pictures last August to the three time F1 World Champion with the hope I may see them come back some day. Mr. Lauda graciously signed and returned them last October.  I thought, how I do I thank him?   I came up with my own 2015 calendar with some of my favorite pictures from 2014 and sent it to Niki..

Feeling a little ashamed that my calendar didn't include a Mercedes, I enclosed some pictures of my car show friend, Jim Parrott's  2011 SLS AMG.  (Niki is the non-executive chairman to the  Mercedes Formula 1 works team)   Mr. Lauda must have liked it and I was amazed today when I received two pictures back, autographed by him.  Very nice and  certainly classy for a world famous man that does not know me, other than I am a fan of his.   Thank you kind sir!


Announcing - www.carcamerastory.com  is one year old today,  March 17, 2015.  Quite a nice 1st birthday present below: 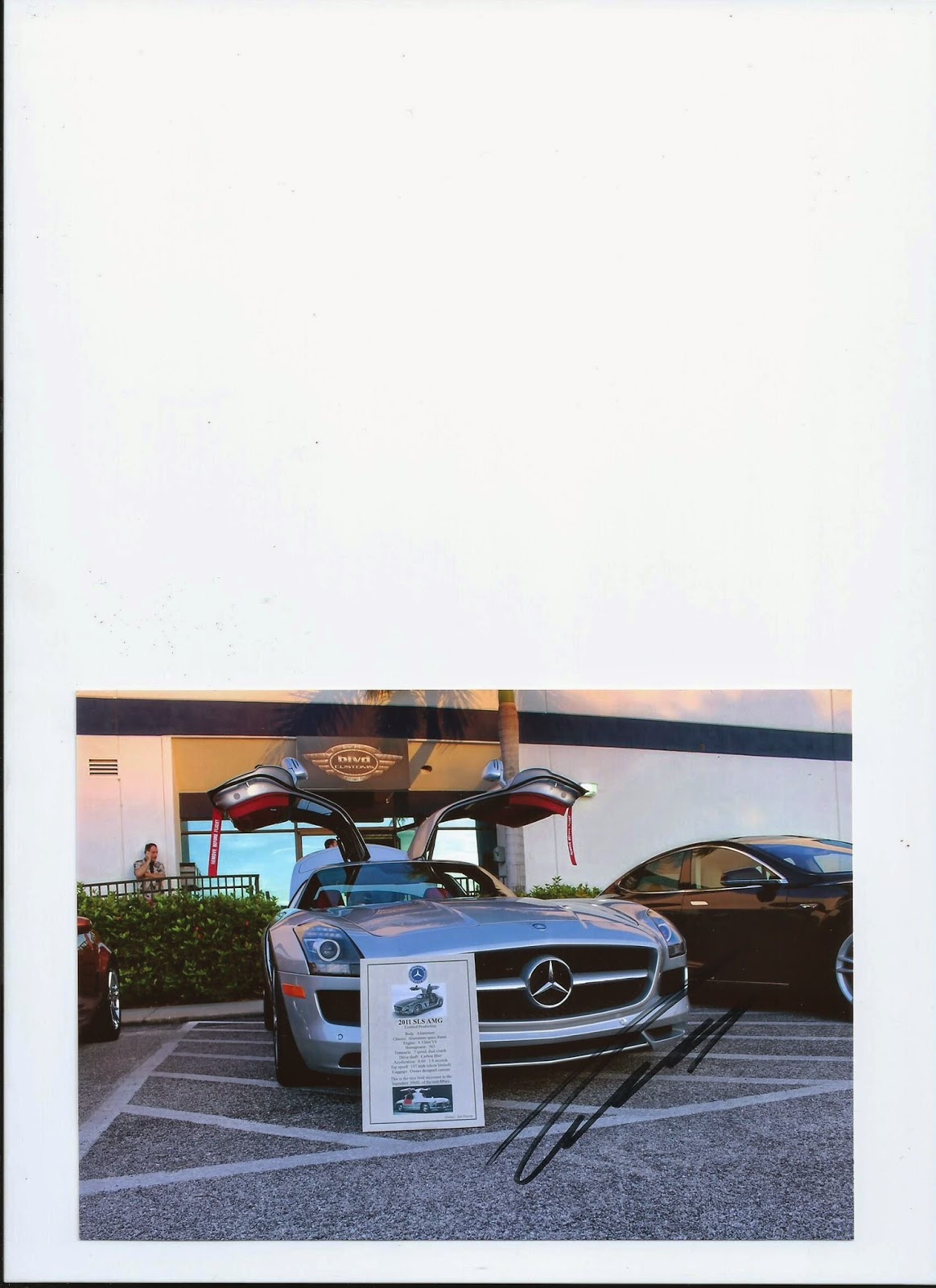 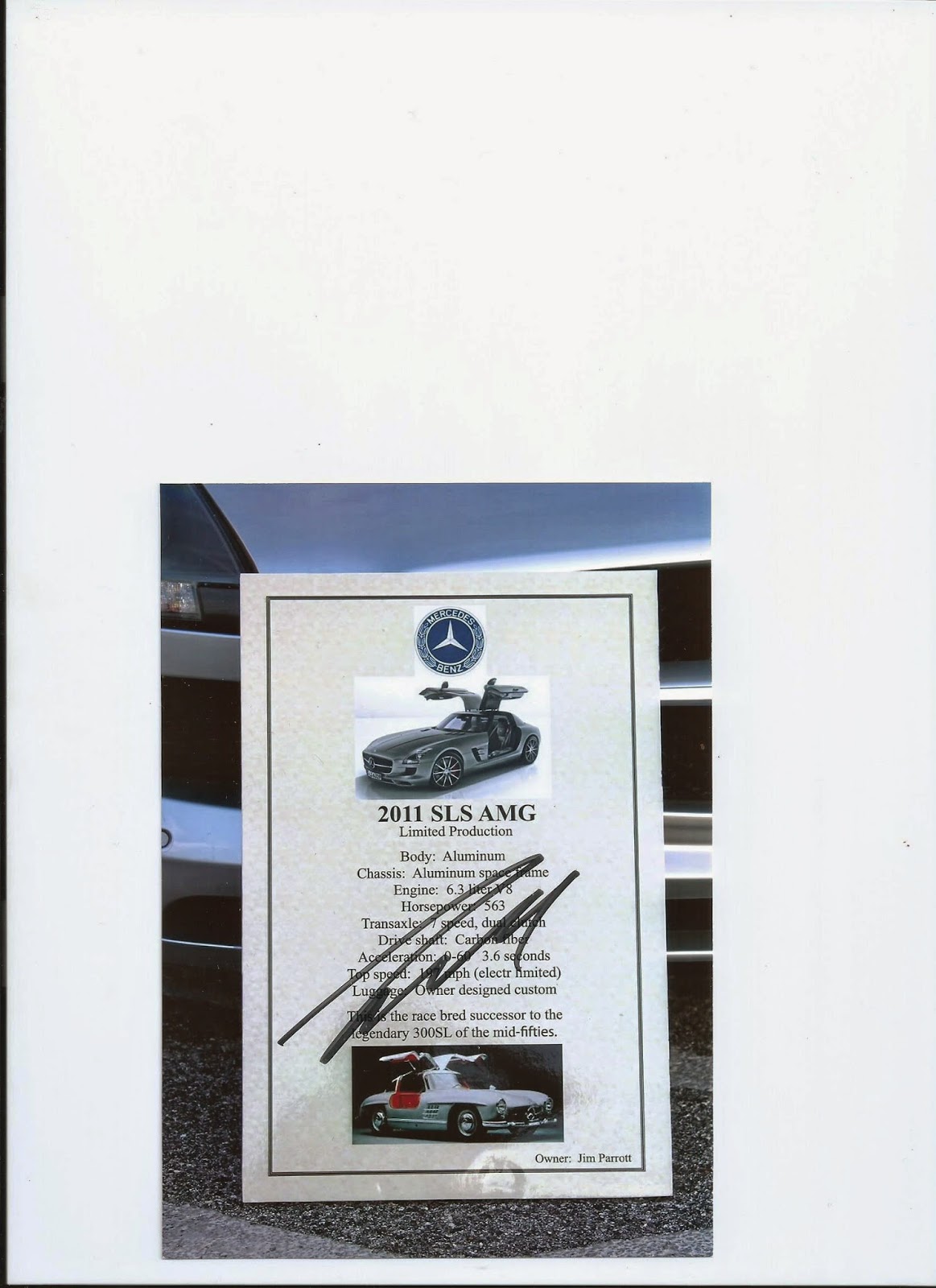 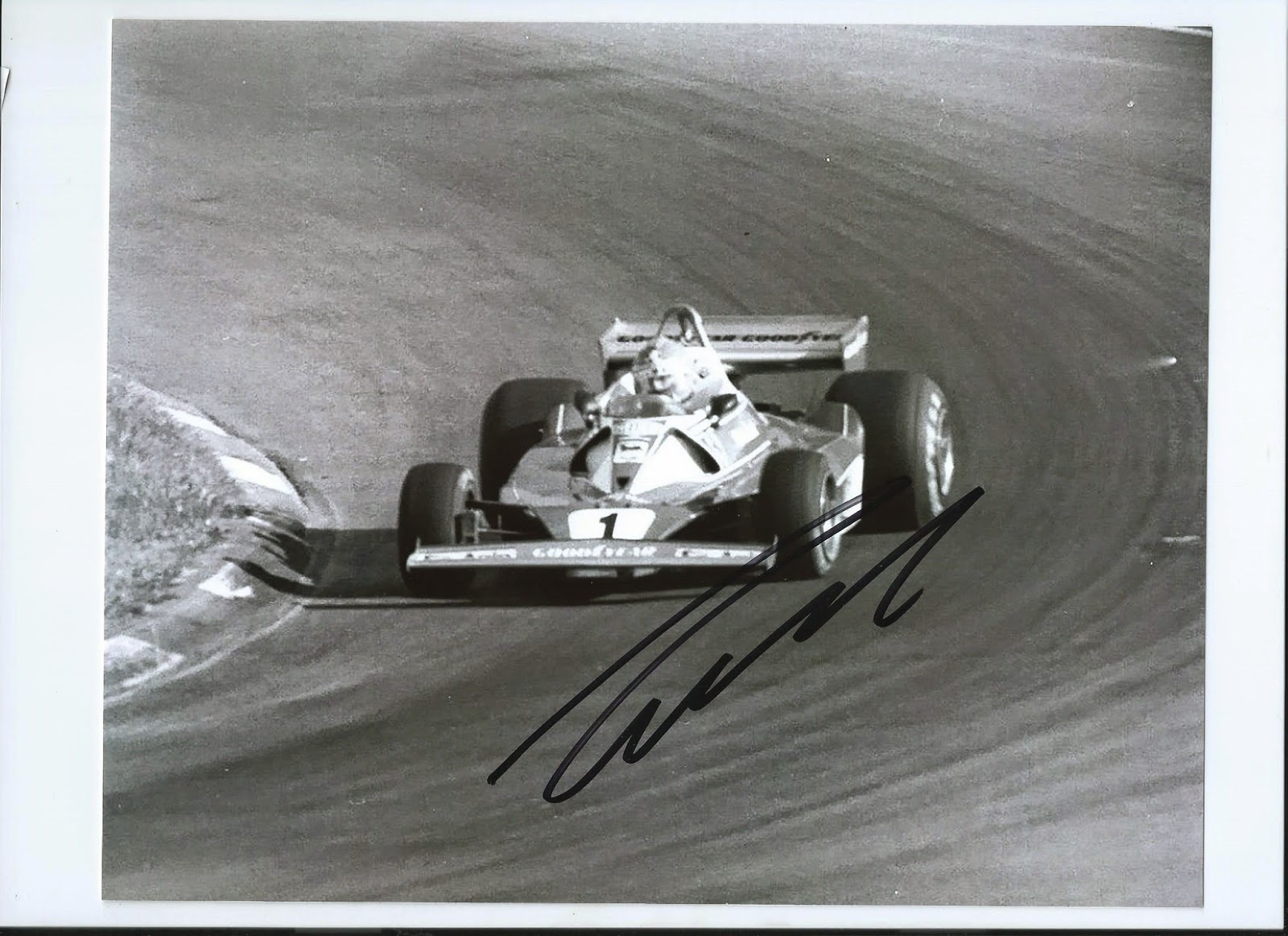 Look for next week's post-  the 12 Hours of Sebring!
Posted by carcamerastory.com at 5:56 PM