While waiting for the next race, I  thought I'd post up this teaser.    I'm featuring my 2014 Cayman that I used for a ' Porsche in the Park ' photo shoot today.  The weather was perfect here in Florida with  clear air, low humidity and a nice sapphire blue sky making this a great day for pictures.

I personally think the 981 version of the Cayman is the best looking Porsche ever built. Of course, I'm biased since that's what I drive, but to quote Ted West from the April 2013 Panorama magazine, "The new Cayman is just beautiful. Even if you are an ordained 911 priest, you'll admit it's pretty okay.   And if you're not, you just might say it's the prettiest street Porsche ever. "

But first here's a video on the top 5 rarest production Porsches in existence compliments of du Pont Registry.

Click on the Video Button In The Link   To see some beautiful Porsches.

But below is one that I think holds its own in the beauty pageant!  What do you think?

As good as a car can look! 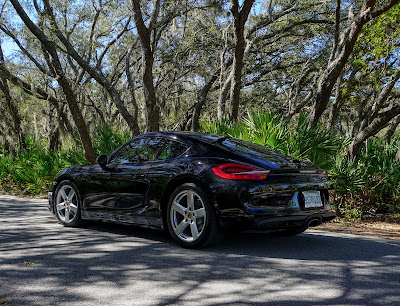 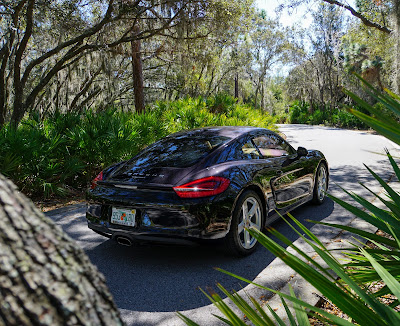 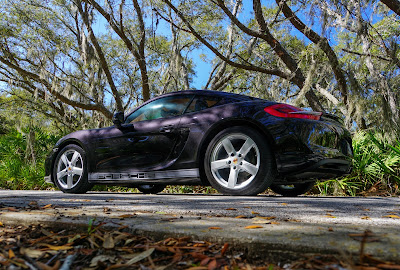 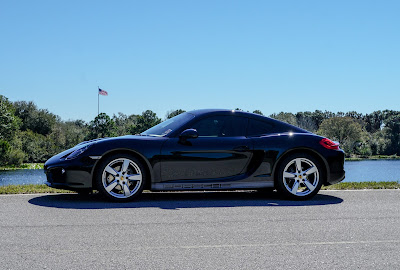 Therapy is driving a Porsche Cayman!


Posted by carcamerastory.com at 6:13 PM