First off- What a beautiful weekend in St. Petersburg Florida! The feel of spring in the air, sunny skies and mild temps made for a perfect backdrop for the season opener for Indycar racing. You may want to start calling this race 'petit Monaco'.  Except for the lack of hills the city could act as a double for the famous European version - The Formula 1 race at Monaco.

Yachts in the harbor, beautiful sunrises and sunsets and the excitement of race cars approaching turn 10 while screaming past the Dali are all reasons to make this a must see on your bucket list. I felt especially lucky sitting in the stands on Friday during practice as I talked with my son in Rochester NY to see if his power was restored after 80 mile per hour winds on Wednesday put him and 200,000 other people in the dark and cold. In the forecast - single digit temperatures for the night.

While my son's power was out- Will Power's was on. He captured the pole on Saturday and looked to be the favorite for Sunday. Alas, power comes and goes and unfortunately for Will it didn't last. He experienced mechanical problems in mid race and limped along until he was finished for the day near race end. This year was the year for the French as Sebastien Bourdais took first and Simon Pagenaud took second making it a Honda, Chevrolet one, two. So it was a good day for Dale Coyne racing and less than typical day for Penske Racing.

The talk of  Sunday was Ryan Hunter-Reay's crash in practice before the race as a brake failure sent him into the tire barrier at tricky turn 10. Indycar switched to a new brake product this year and it seems many of the teams were having problems with brakes all weekend as calipers were overheating. I saw the proof from the stands at turn 10 with brakes locking up on cars on more than one occasion. By Sunday most teams made the adjustments to solve the issue but apparently Ryan Hunter-Reay still had the problem.

The mechanics for the #28 did an outstanding job putting the car back in shape allowing Hunter-Reay to join the field for the start and he finished 5th!  So that's how it goes in racing - the power is on then its off and sometimes you get the breaks and sometimes you don't have brakes.

Enjoy the my photos from the weekend-  Here's post #1 of some of them: 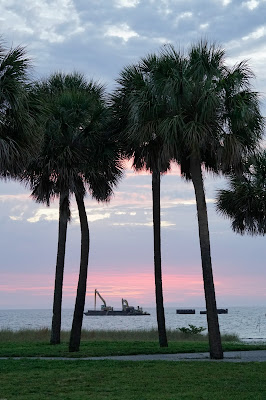 Start of a New Season At St Pete 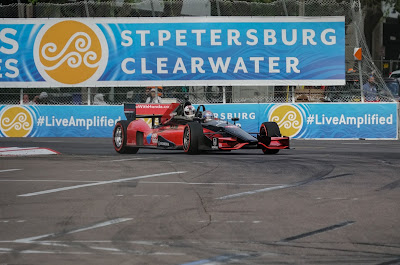 Mario Andretti Drives a Fan in a Two Seater 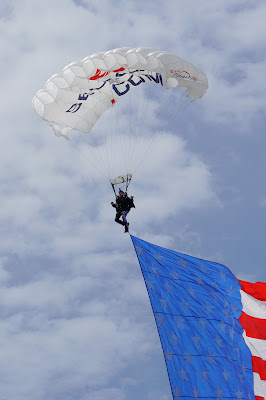 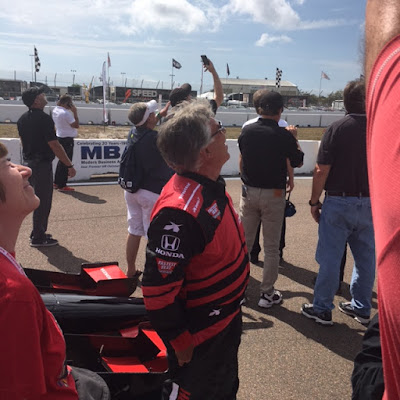 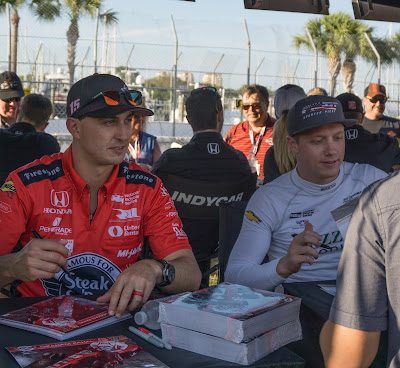 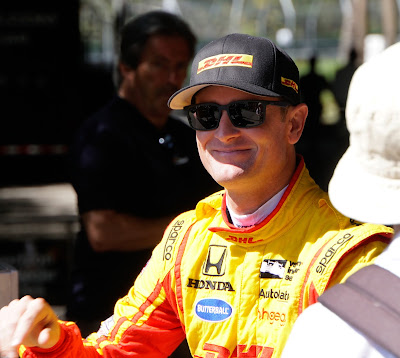 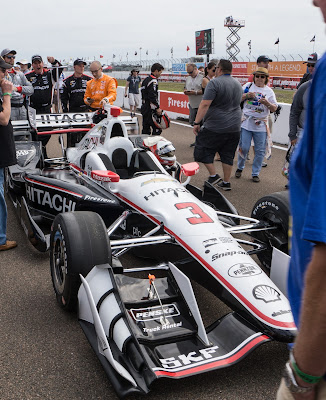 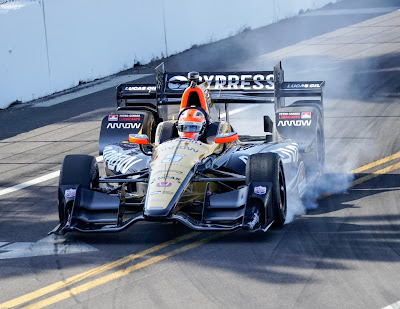 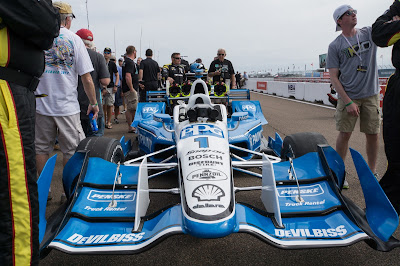 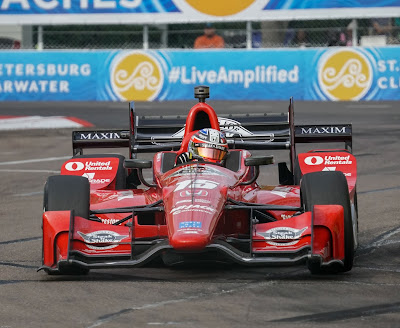 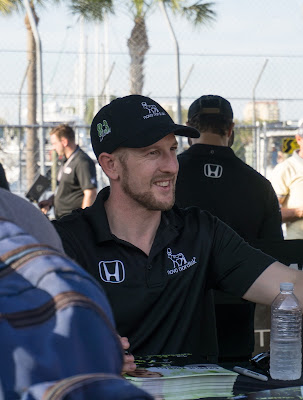 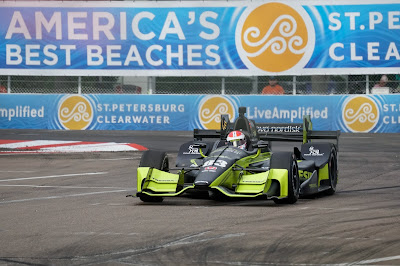 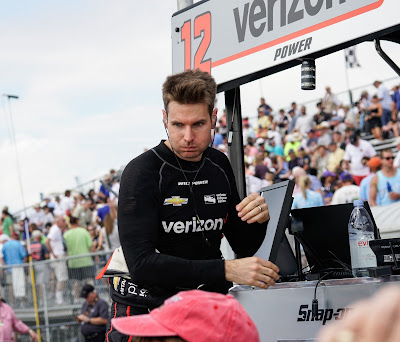 Posted by carcamerastory.com at 8:21 AM