Robert Wickens Returns To Driving In A Hyundai!

Rising star Robert Wickens was making a name in Indycar in 2018.  I watched as he won the pole for the 2018 Indycar Grand Prix run on the streets of St. Petersburg, Florida in March that year.  He had already accomplished so much in other racing series including FIA Formula Two, the GP3 Series, Formula Renault 3.5, DTM and now Indycar.

A horrific crash in August 2018 nearly ended his life, let alone his racing career. But like Niki Lauda of F1 fame, Robert fought back with dedication and vowed to return to racing.  He is still progressing to this day and a major milestone has been achieved by landing a seat with Brian Herta Autosport using a hand control system developed for driver, Michael Johnson in a Hyundai Veloster TCR car.

The next year  Robert attended the St. Petersburg Grand Prix and I was fortunate to meet him at the drivers autograph session. It was there that I gave him a copy of my book, Echoes From The Glen that highlights Niki Lauda on the cover. I remember inscribing inside the jacket a personal note to Robert that said let Niki Lauda be your inspiration as you recover so that you in turn, can inspire others recoverinig from a spinal cord injury.  Here's the pictures that recorded my brief meeting with Robert: 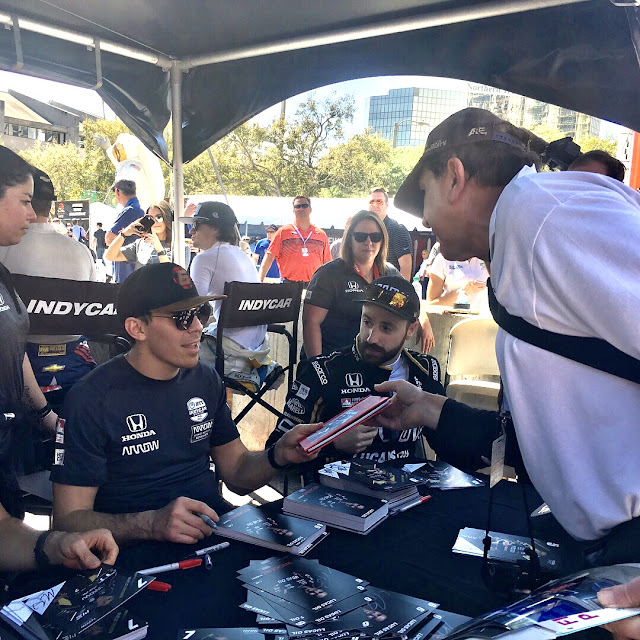 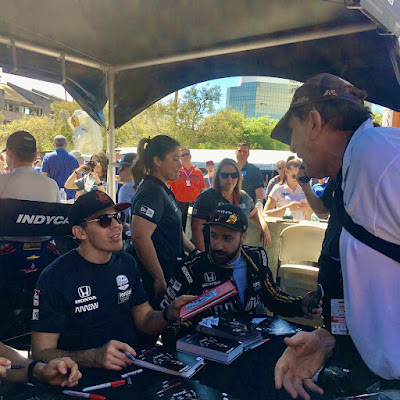 So for more on this story, here's a video of Robert back in a race car!  Thanks to Brian Herta Autosport Bravo!    Click Below:

And here's some pictures of Robert on the track at the St. Petersburg Grand Prix in 2018. 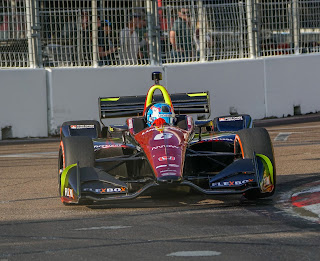 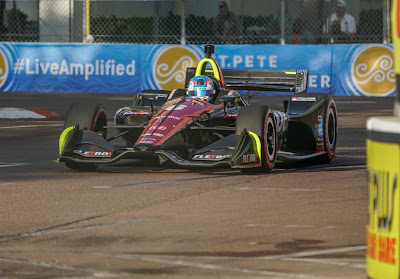 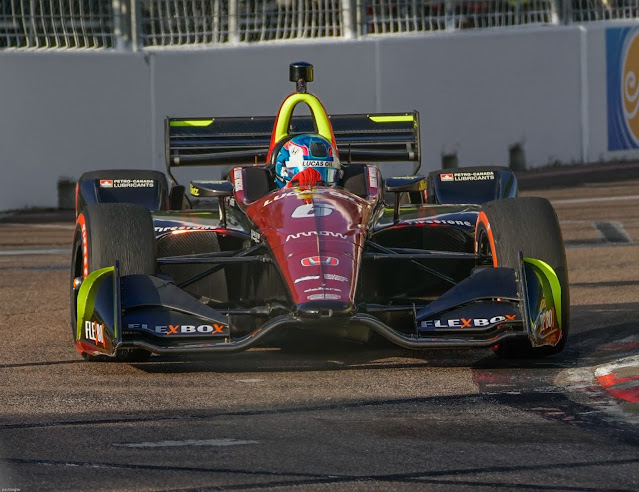 Good luck to you Robert and I can't wait to see you in a Hyundai at a track near me soon..

Brought to you by Paul Ziegler, Publisher of Carcamerastory.com

Posted by carcamerastory.com at 1:05 PM