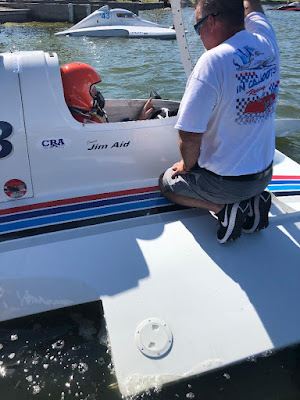 Like a fighter pilot, Jim Aid Ready To Launch

Yes, power boat racing, which is a new subject for this blog. It all came about when my friend, Jim Aid a national winner in his class a few years back, asked me to crew for him at the Orange Cup Regatta in Lakeland, FL on October 15-17th.  His boat is named InCahoots, Again.  (There's a story behind that)

The Orange Cup is a race santioned by APBA or the American Power Boat Association.

This was a new challenge for me as a photographer, having some factors to deal with while capturing the action on the one mile course from land.  The hardest part was to know where to be when the race started to capture the best pictures since moving from one vantage point to another was out of the question.  The races last 5 laps or 5 miles and at over 100 MPH things happen quickly. The other factor is water spray from the skid fin which helps to turn the boat and the 'rooster tail' from the propeller. Get two or more of these boats together and you get a spectactular show, but a real problem for picture taking. In spite of this, I was pleased with the pictures you see here.

To get an idea of Jim's class, he races in the 2.5 liter modified that is described in the link below. What is nice is that there's quite a bit of leeway in the rules allowing the boat owner to be creative in ways to be fast.  And Jim is fast.  A few years back he held the national speed record for the mile course in the 2.5 Modified hydroplane class. Try 130 MPH at the end of the straightaway on water!

The other thing that's fun to watch is how they use cranes to get the boats in and out of the water. If you want a treat, attend one of these races!

It was a beautiful weekend. perfect weather and a light breeze, good for racing. I've put a link below for anyone wanting to see a video of the race where you get a chance to see the action.  I am also posting a set of pictures of some of the other boats along with Jim's.  One of the most fun to watch are the Jersey boats, which are vintage looking, but new Rum Runner boats used in the past to smuggle booze.  They are manned by two people and it is one of the wildest rides on the water. Like riding a bucking bronco as I describe it.

So take a peek at the video and enjoy these pictures. 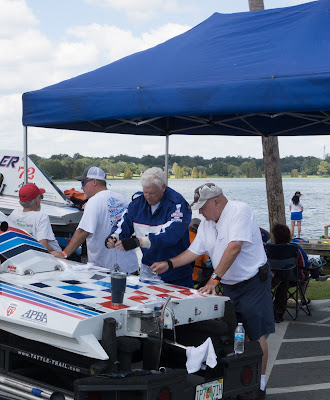 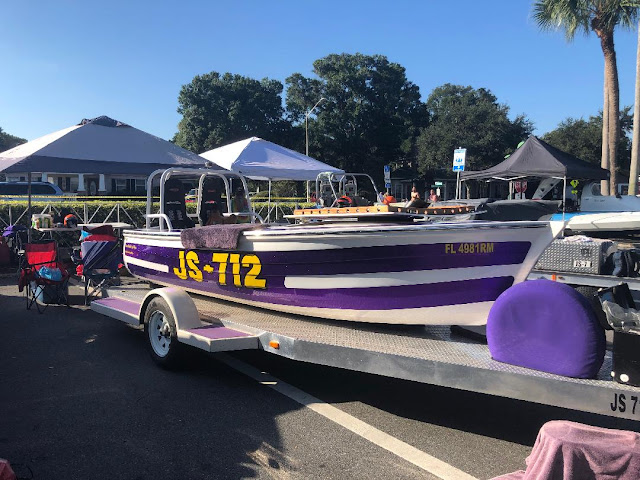 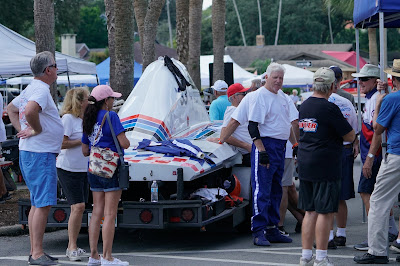 Jim in center waiting for lift in. 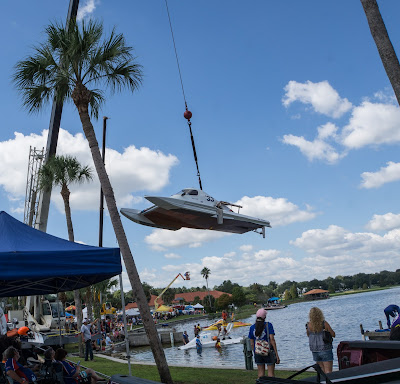 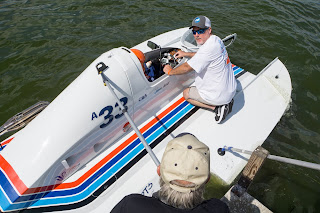 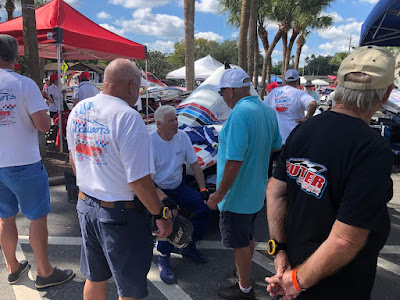 Jim talking with a race official. 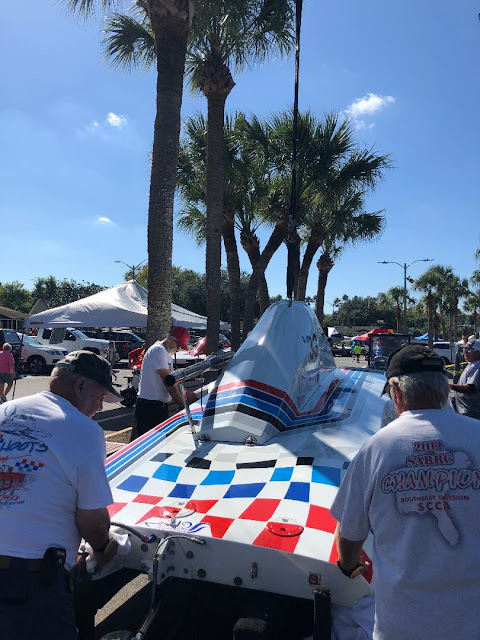 Crew attending the boat before lift in. 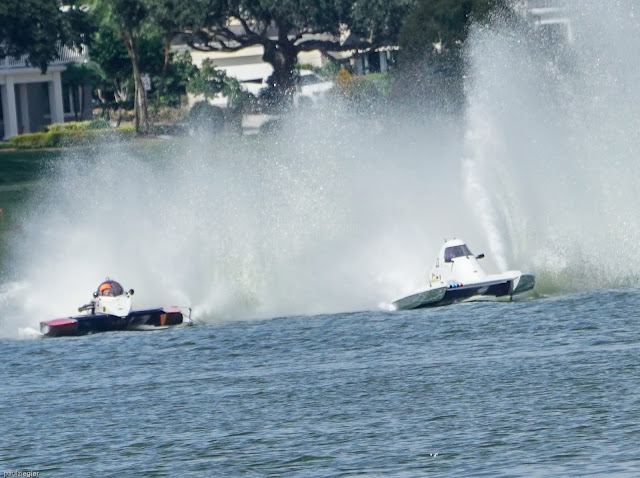 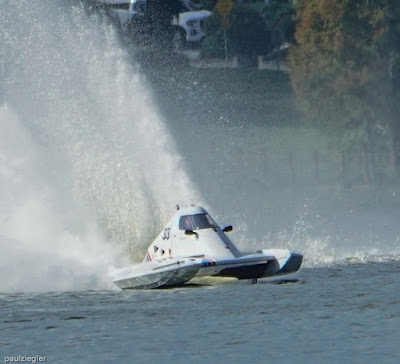 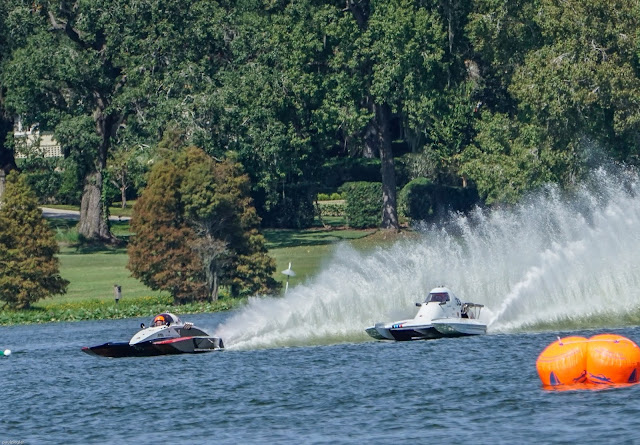 Can two make the turn? 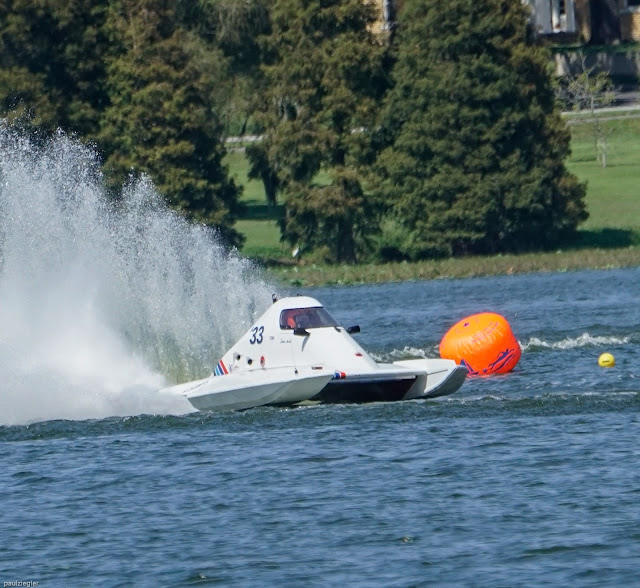 Yep- Jim turns on a dime!
And here's a sample of the other races: 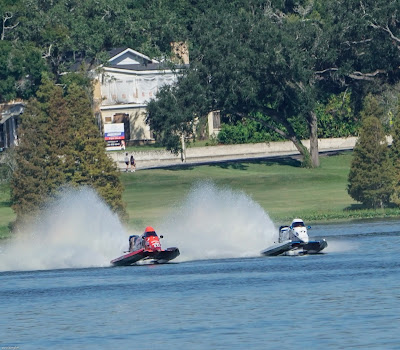 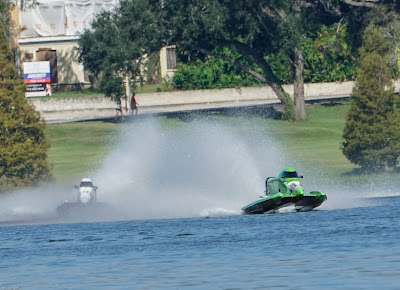 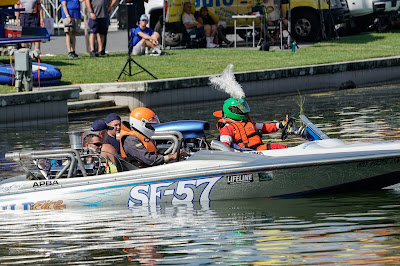 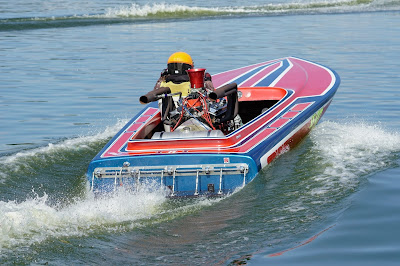 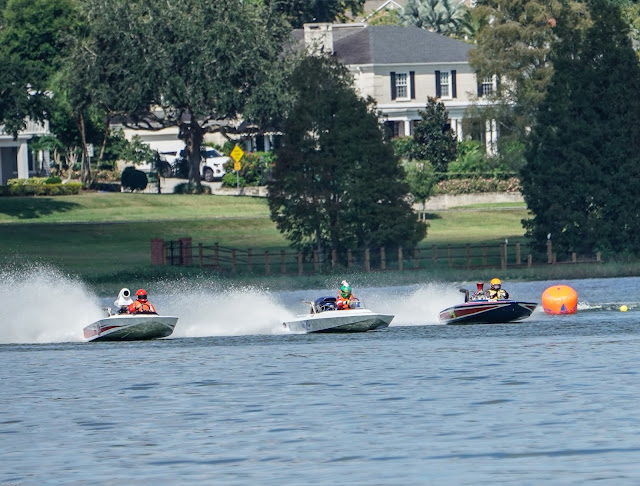 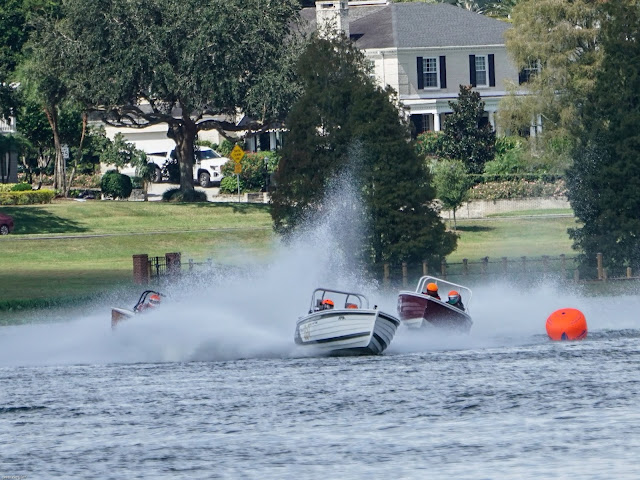 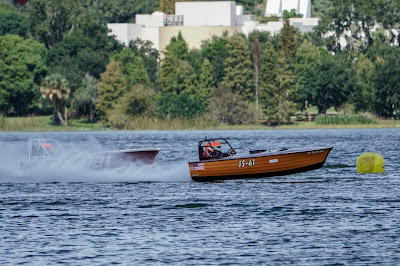 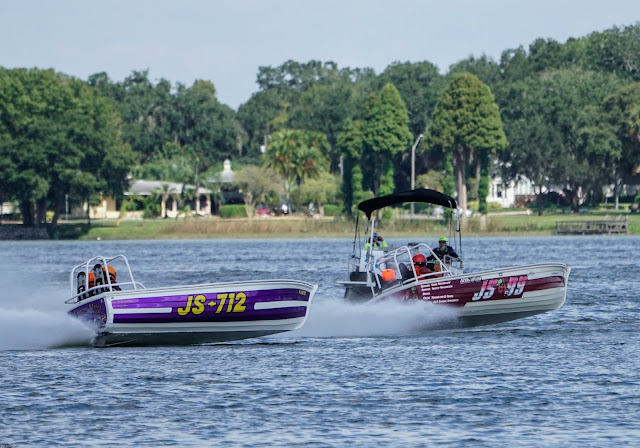 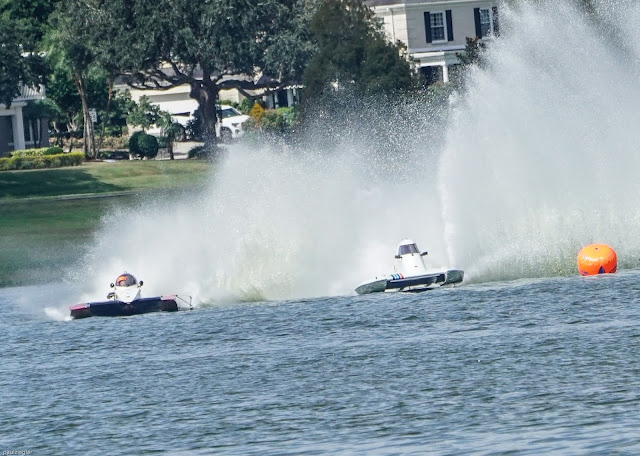 A good days race.
I hope you enjoyed this post. A lot different than car racing but just as exciting. Plan on coming to Lake Hollingsworth in Lakeland Florida in October 2022 for this race.  It's free for spectators and a bunch of fun for the family.
Photos and story by Paul Ziegler, Publisher, Carcamerastory.co.  Follow on Instagram @wownowpics .
Also, author of "Echoes From The Glen" on sale now.

Posted by carcamerastory.com at 6:27 PM