Sahlen's Six Hours of the Glen and Michelin Pilot Challenge

A huge crowd turned out for the Grid Walk prior to the race. Sunny skies and the sound of engines revving.  It's what the fans come for.  This post highlights photos from two of the racing events held the weekend of June 24-26.   The Sahlen's Six Hours of the Glen and the Michelin Pilot Sport Challenge. 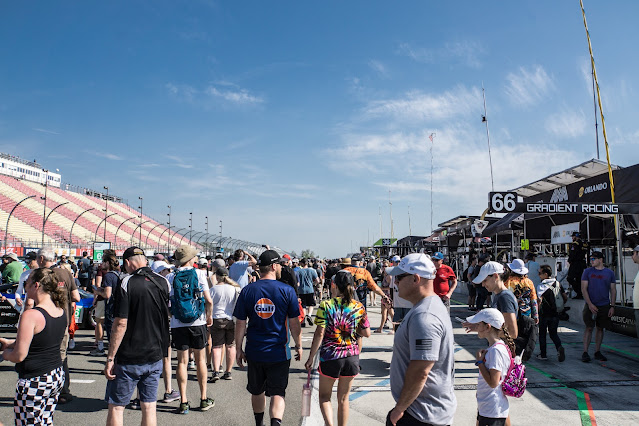 Here's the start of the Six Hours of the Glen: 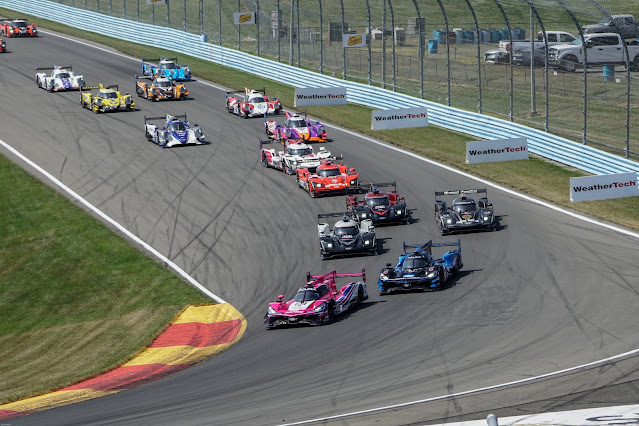 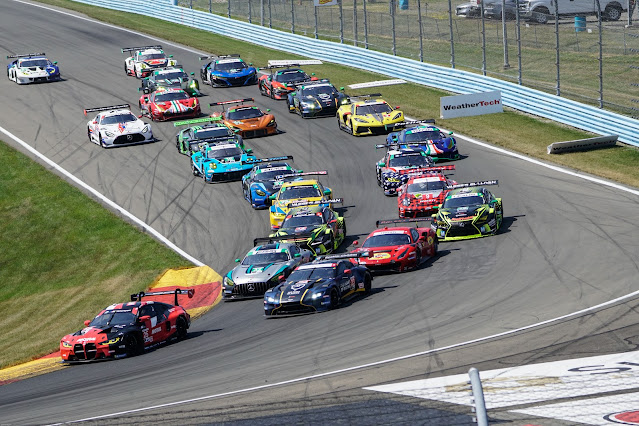 That's a lot of  race cars.
And that produces some incidents like this with unlucky #13 in the LMP3 Class 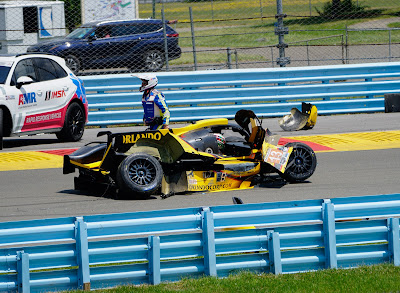 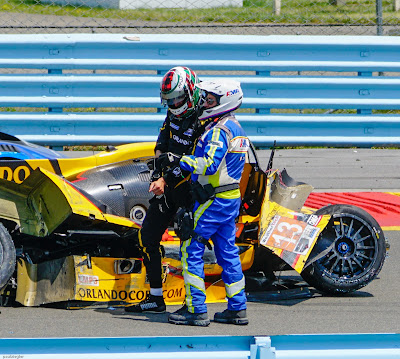 Luckily no injury to the driver of this Duqueine D08 VK
And here's the winner of the DPI Class - the Konica Minolta Acura ARX-05. Driven by Ricky               Taylor and Filipe Albuquerque. 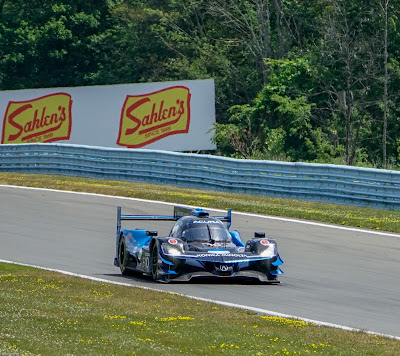 The winner in DPI-  Acura ARX-05 of Wayne Taylor Racing
And one of my favorite series- the Michelin Pilot Challenge where cars you and I can drive compete:
There's plenty of action in the Grand Sport and Touring Car classes.  Cars like Ford Mustangs and Chevy Camaros go up against  Toyota Supras, Porsche Caymans, BMW M4's and Mercedes AMG GT4's and Aston MartinVantage GT4's in the Grand Sport class and in the Touring Car class there's always a titanic battle with the Hyundai Elantra N's, Honda Civic Type R, and Alfa Romeo Giulietta and Audi RS3's.    Here's just a few shows from that series: 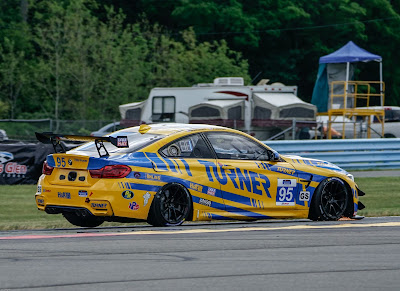 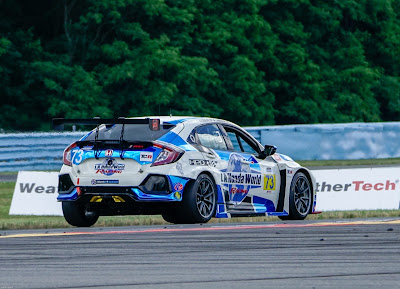 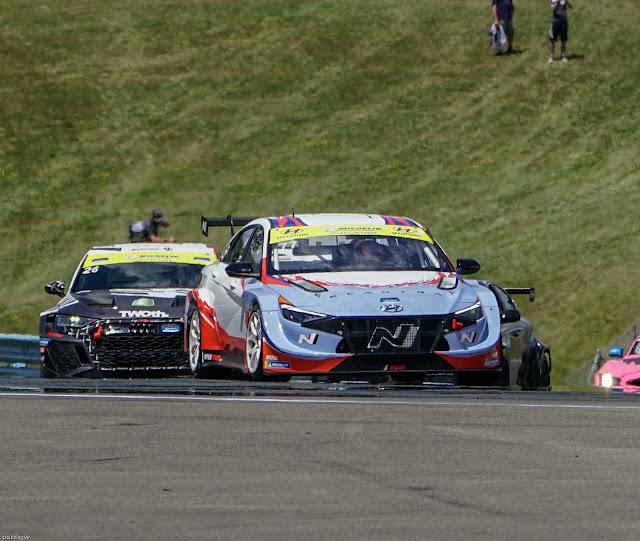 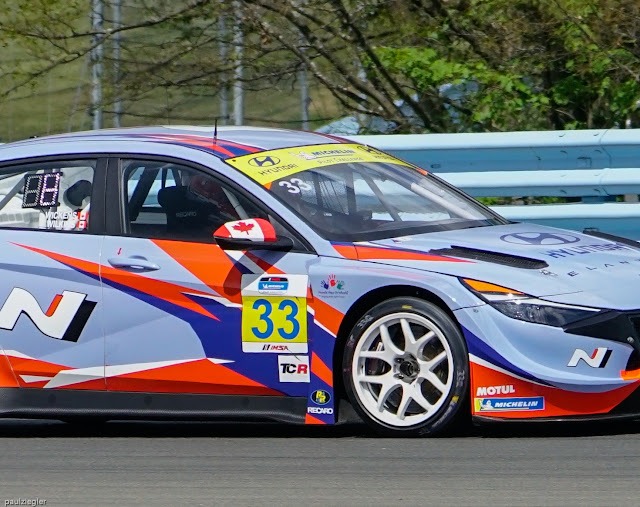 And the winner is:  #33 in the TCR class- Hyundai Elantra N driven by MarkWilkins
and former Indycar driver, Robert Wickins

Here's some other pictures from the Grand Sport class: 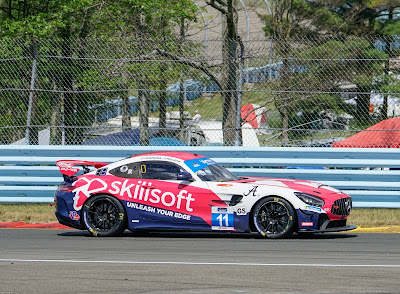 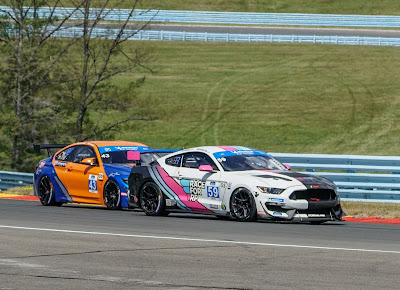 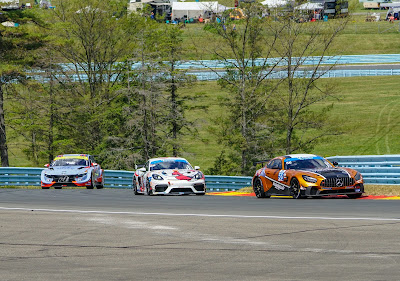 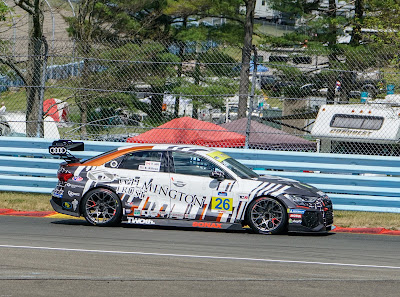 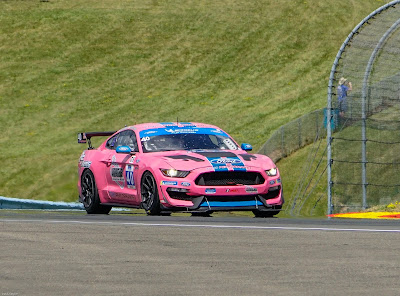 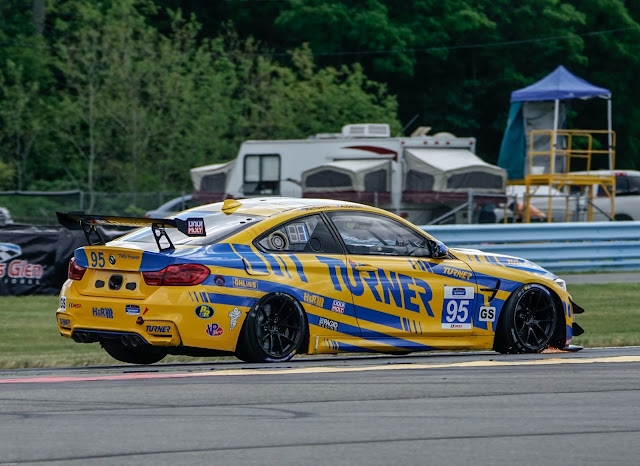 And with that, I'll wrap up by mentioning that Hyundai is bringing it to the old guard with their  Elantra N's.  They have been on a win streak this season and with a win here by Mark Wilkins and Robert Wickens, it shows Hyundai is a force not to be taken lightly in this class.

More coming soon, and an announcement about the author's new ride.

Paul Ziegler, Publisher  Carcamerastory.com and author of "Echoes From The Glen"

Posted by carcamerastory.com at 3:26 PM